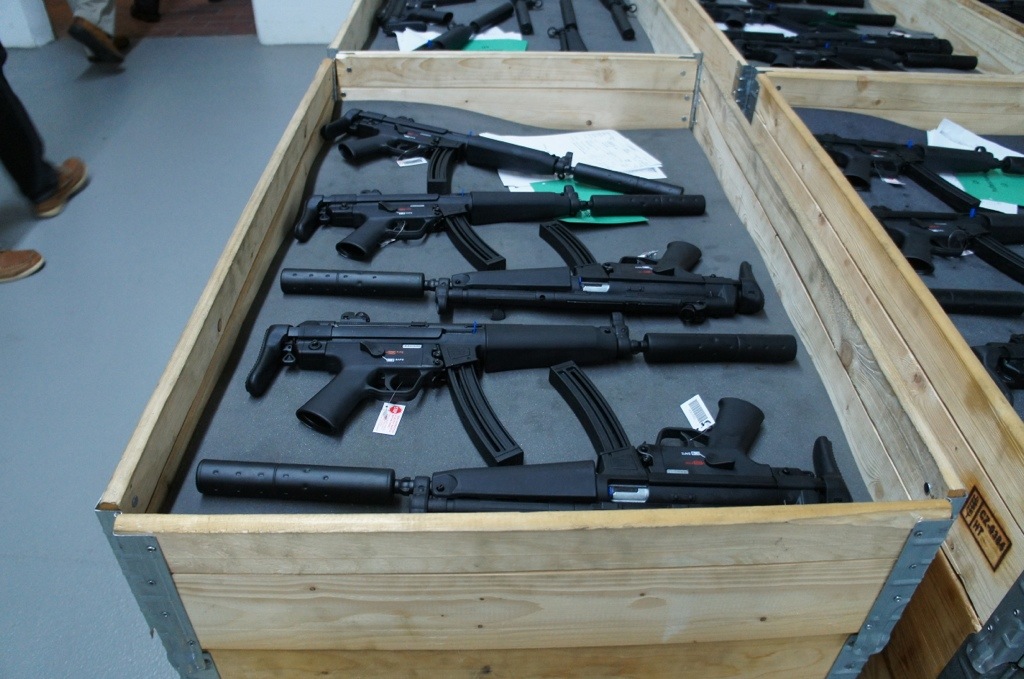 Walther’s line of tactical .22 rifles and pistols are manufactured at the Umarex facility in Arnsberg, Germany. I had the chance today to see the guns being manufactured and processed, as well as to spend some trigger time on a few of the .22s. In the past I’ve talked about a .22 as a possible defensive rifle for someone with a disability or financial issue that prevents them from owning a real .223 rifle or 9mm carbine, and we’ll actually flesh that idea out more through 2014.

One of the interesting things I learned was that Walther has the same CIP testing standards applied to their rimfire guns as they do their centerfire guns. That means that every gun that leaves the Arnsberg factory is first pressure tested with two .22 LR rounds that are loaded 30% over the maximum specified CIP pressure, and then has a full magazine fired through it as well. For some reason, I had assumed that rimfire guns would be exempted from the CIP standards, but I was incorrect. The Umarex/Walther facility here in Arnsberg produces a considerable number of guns, some for Walther such as the P22, PK380, and new PPk .22; and also under license agreements for HK and Colt.

Some of the guns aren’t even available in the US, and it’s entirely because of our gun laws. For example, tell me that you don’t think an 8.5 inch barrel SBR Colt M4 .22 LR would be awesome. I can tell you that it is awesome, because I shot it. I couldn’t stop giggling. Or a 1-to-1 scale MP5-22, right down to the HK style takedown pins. German gun laws don’t differentiate between a short barreled rifle and a regular rifle, so overseas you can buy these guns. Thanks to our gun laws, because they’re SBRs, it’s not worth the expense of importing them to the States, thus the only way to get an HK4516 .22LR SBR is to legally convert it and pay the $200 tax stamp.

Of course, no discussion of Walther’s .22s would be complete without a look at the new Walther PPK/S .22, which is a gun that’s been a long time coming. See, if you want a new manufacture PPK/S that’s actually made by Walther, you need one of these .22s. What it reminds me of is a modern reincarnation of one of my favorite old school guns, the Walther TPH. The TPH was a tiny little gun that resembled a shrunken PPk and was chambered in either .25 ACP or .22 LR. I had an 70s era TPH in .22 that I loved dearly and sold many years ago. While the new .22 PPK/S is bigger than the old TPH was, it’s close enough to immediately endear to me. Plus, it’s a PPK/S that says “Made in Germany” on the slide, and to me, that matters.

I could talk for some time about how .22 rifles and pistols that mimic full size guns are good training tools, and useful for shooters with issues manipulating guns in centerfire calibers, and all of those would be good and reasonable motives for owning one. But the real truth is even simpler than that. .22s are fun. .22s that look like really cool guns are even more fun to shoot. I couldn’t quantify why an SBR M4 .22 LR is so much fun to shoot, even more so than an SBR in a proper caliber. It just is; and that’s really the best reason to own one. With .22 LR ammo finally on the rebound, maybe it’s time to start buying guns because they’re just good old fashioned fun to shoot again.