As it turns out, the Mainstream media doesn’t really know anything about cars either. The link at Jalopnik takes a fairly humorous poke at a particularly poorly written piece on CNN about the return of turbocharged engines to Formula 1 racing. 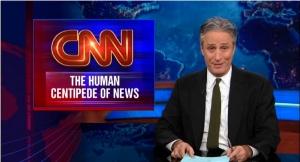 Now, while it’s fun to laugh and point at CNN silliness, it’s also a little bit disturbing. If I didn’t know anything about cars and how engines work, I’d read that CNN article and think “wow, turbos work from running of their own exhaust, that’s neat.” But since I do know a little (a very little) about engines, I roll my eyes and laugh a little bit. I guess this is actually heartening, because it’s nice to know that we’re not alone.

Ultimately, it’s a good example of what we’re up against. By and large, our biggest enemy in the pro-gun movement isn’t anti-gun activists, it’s the lack of knowledge that the general public has. That’s why education is important, and why I believe that things like OCing a rifle into Starbucks do more harm than good. Most people in the middle are sympathetic to our cause without actively supporting it, and misinformation or presenting ourselves like whackos doesn’t help the team.