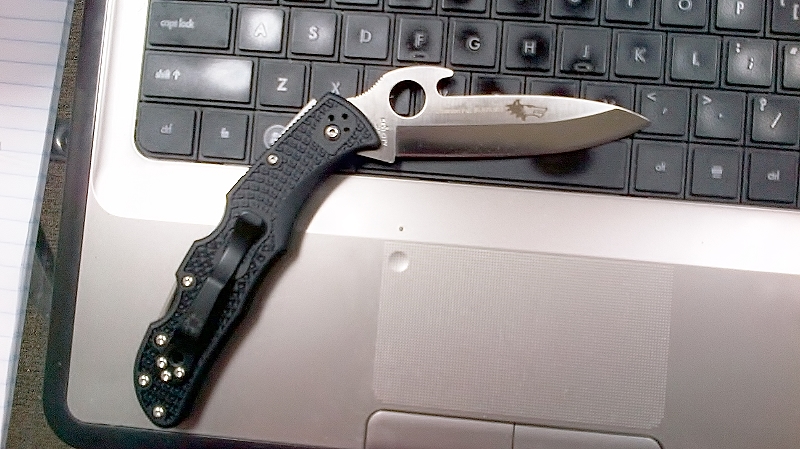 that I won as a prize at a match as my EDC knife for a while now, and I decided that it was time to retire the old girl. Clean it up, put it on display. So I ordered a new one, which arrived today. The key difference between the new model and the old knife is the Emerson Wave opener, which allows me to quickly open the knife one handed on a pocket. Like the previous knife, the new model retains the Glock armorer’s punch on the reverse side.