Yesterday, I took a look at the frequently repeated but never verified tactical myth of dead cops being found with brass in their pocket after a gunfight. One of the things I’ve encountered during my relatively short time in this industry is that like any subculture, the firearms community is rife with myth, urban legend, and half-truth. 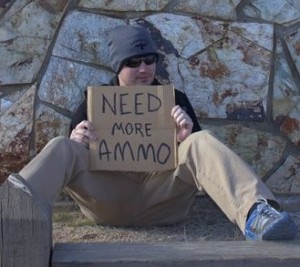 Now, I wasn’t part of the firearms community in a meaningful way prior to the internet, so I can’t speculate with any level of expertise on how it was “back then.” But we’ve all heard the tale of the gunshop commando and his tall tales, so I speculate it really wasn’t that different. The internet has certainly allowed gun myth to spread more effectively, but is it a cultural problem? Are we as a community more susceptible to falling for urban legend than other subcultures?

The answer is both yes and no. The no comes from the fact that I don’t think gun owners are any more gullible than anyone else, but at the same time I don’t think that owning a gun imbues us with special powers of discernment. What I do think is that gun owners are very vulnerable to confirmation bias, because gun ownership is a significant decision for many people both financially and emotionally. I know that I’m guilty of it at times; I’ll see out sources that validate my opinions, and associate with people who share the same opinions and views on the shooting sports that I have. In and of itself, that’s not an extremely dangerous problem to have, it just leads to the subculture of “gun ownership” divided itself into many various groups as you see with “tactical shooters vs. competition shooters” or “Glock vs 1911 fanboy wars.”

However, if you couple confirmation bias with one other issue, I think you end up with an environment ripe for the dissemination of urban legend. One of the great weaknesses of the gun community is a lack of objective data on certain issues. While we can quantify things like muzzle velocity, trigger pull weight, or the dimensions of a gun; it is far more difficult to draw actual objective data out of situations like a self-defense shooting or a LE traffic stop gone wrong. This is because those situations are highly subjective by their very nature. A self-defense shooting is a one in a million incident, and is merely an anecdote. To reference common internet argument number 2 (caliber wars) that’s why whenever someone starts talking about “stopping power” you’ll see a flurry of articles about how badguy X was shot 381 times in the chest with a 9mm and didn’t die, thus 9mm is only good for executing dissidents in a gulag, while the MIGHTY #CARTRIDGEOFAWESOME will hit with so much power it goes back in time and kills the badguy’s mother. One shooting isn’t data, and interestingly enough, neither is a collection of 25 or 30 shootings.

So, we end up where we are now; with urban legend repeated so often its accepted as fact. That of course brings me to the title of this post: “trust but verify.” It’s the simplest thing to do. If you read something in a gun magazine or on the internet that doesn’t make sense, verify it! All to often we let things slide because the author/speaker has a fancy title attached to their name, or because they’re legitimately an expert. But even experts make mistakes. I don’t hold myself above this either, because I make mistakes all the time. Anyone who’s read the archives here at Gun Nuts knows that over the years my position on a multitude of issues has changed. While I try to back things up with facts or at the very least observations, I’m not above posting something that I think is true simply because I heard it from a “trusted source.”

We are all part of a very large community of gun owners. We owe it to ourselves as a community to make our community a better place. Sometimes, that means asking questions. “Where did you hear that” is as good a place to start as any.