There has been some criticism of yesterday’s Tactical Turtle post that I wanted to address around the issue of leaning forward/recoil control. Yesterday, I said that the Tactical Turtle stance is good for recoil control for people who don’t have a lot of grip and/or upper body strength. Locking your elbows, leaning forward aggressively, and hunching your shoulders will absolutely help control recoil. However, it’s as I mentioned bad for pretty much anything else. So what’s a solution for shooters lacking in upper body strength? To explain visually, here’s my friend and cool ladybro Brooke Sevigny at the 2012 Steel Challenge: 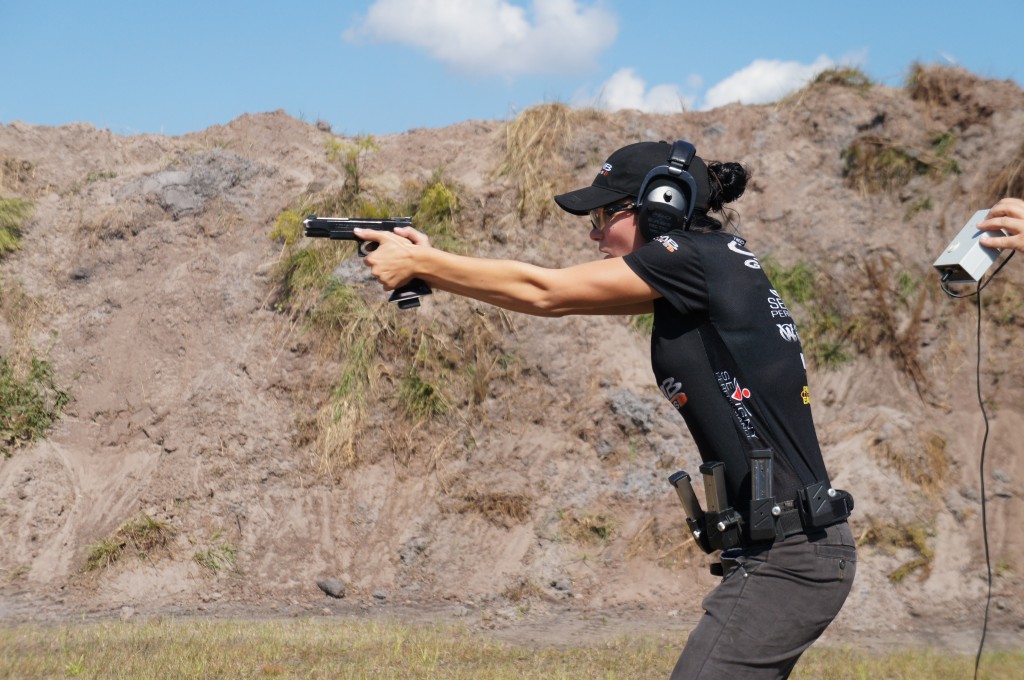 Brooke’s stance is excellent. You’ll notice that she has more of a forward lean than a top male shooter would have, which is fine. Her head is also a little bit lower than you’d see on someone like Max Michel. However, what’s more important is what she isn’t doing, and she’s not burying her chin down by her sternum and having to crane her neck to the see the sights. That’s the difference between “leaning forward to control recoil” and the Tactical Turtle. Because her shoulders aren’t hunched up turtle style, Brooke can then keep her head more erect and bring the gun to her eye-line instead of dropping her eyes to the sights. Using this stance, Brooke won’t fatigue as quickly, and she’ll still have all the “advantages” that the Turtle offers for recoil management.