I’ve been wanting to do an AR build for quite some time now. Everyone is doing them, and it seems like it’s a task that runs directly in line with my enjoyment of working on things. However, I realized that I had no idea how to build an AR. Despairing, I turned to my two favorite tools for building guns: the telephone and money. 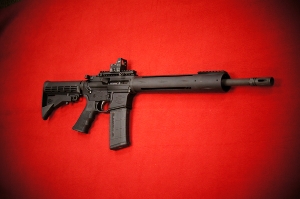 I called my friend Annie over at Colt Competition Rifles, and asked if I could get one of their new Colt Sporting Rifles that they introduced at SHOT Show sent out to the Sioux Falls office. Annie had her minions ship the rifle ASAP, and it arrived while I was on vacation. So, technically I didn’t “build” this AR, but that was all a bit of a tease anyway. The actual point was to provide a review of the new Colt Sporting Rifle by Colt Competition.

The Colt Sporting Rifle, built by Colt Competition Rifles is an entry level AR-15 that provides a lot of “quality” touches while still keeping the overall rifle’s cost down. Because I’ve not yet shot the gun, here’s a boring list of features:

Some of the other additional nice features are the free float handguard, the Hogue overmolded pistol grip, and the low-pro gas block. You’ll notice that it doesn’t have a chrome lined barrel, forward assist, or dust cover. 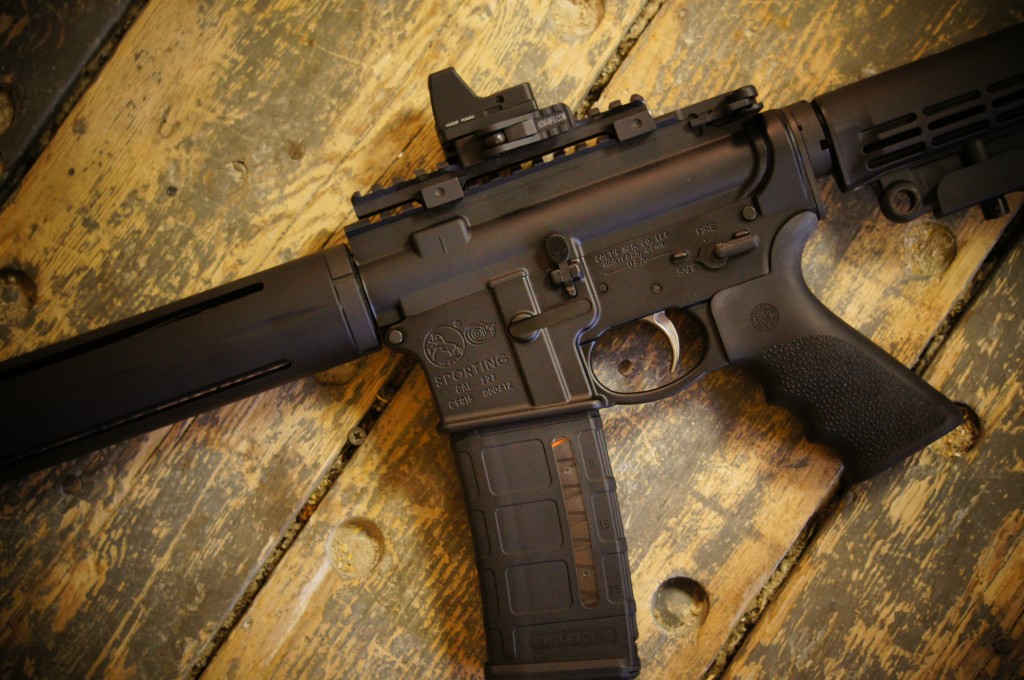 For optics I went with a Trijicon RMR on an American Defense Enterprises mount; there is a little rail riser under it as well to get it a little bit higher up on the bore so I can get big head in line with it. The thing that really attracted me to the CSR when I saw it at SHOT is that it’s very much in keeping with the Colt CCG pistol I’ve been shooting for USPSA and IDPA in that it’s a very simple presentation that gives you good features for shootability and function while deleting some of the features your particular use may not require. Since this is a range gun for shooting matches and having fun and not a Serious Fighting Rifle for Operating in Operations, I’m not worried about a forward assist, or a dust cover, or a chrome lined barrel. Your requirements for your rifle may be different, and you may want those things. That’s cool.

I’ll be testing the Colt Sporting Rifle throughout the season; I plan on shooting at least one 3-gun match with it, as well as shooting some two gun matches later in the season as well. The truth is that when it comes to ARs, I’m just a trigger puller, not an armorer. I can field strip it, but mostly I just point it at things and make bullets come out. Keeping following our Colt Sporting Rifle series through the rest of the year here on Gun Nuts, and look for a detailed review of the CSR in an upcoming issue of GunUp the Magazine!