A little background on the video. Some of you may recognize Matt Farrah from his work on the now defunct Speed Network’s defunct “The Car Show” hosted by Adam Carolla. Mr. Farrah has his own site called The Smoking Tire as well as a youtube channel by the same name. He also does some video for the Drive Network on youtube and writes for various car sites around the web. So he’s not some rando running a youtube channel with an iSight camera.

…which means he should have known better than to get inside that passenger compartment. The guy pulling the trigger should have had better sense than to actually shoot with another human being he didn’t intend to kill in the flight path of his bullets. The gag here was supposed to be use of an armored car…but it doesn’t appear that anyone involved actually understood what “armored car” actually means. Exactly how the vehicle is armored, to what level it has been armored, the manufacturer’s warranty on the armor, and the age of the various bits of the vehicle all play into the level of protection it offered when they were about to press the record button on that video. Suffice it to say that age, environment, use and time impact the level of protection offered by various armor solutions. This is especially true of “ballistic glass” which can be significantly damaged by exposure to sunlight. There’s a reason why the United States Secret Service buys a new fleet of limousines for the President every so often, folks…they aren’t tanks. They don’t offer an indefinite service life.

While it’s possible all the players involved in that video did their homework and had answers to these questions, I’m going to guess that they never really explored it thoroughly or consulted with some experts in armored vehicles before giving it a go. If I’m wrong, Mr. Farrah, then accept my readily offered apologies. If your crew actually took all the precautions one would normally take with a stunt shoot (including having qualified medical response on standby) then good on you…just include a disclaimer stating all of this on the video and it will probably save you a lot of grief. 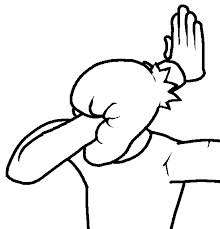 Youtube is growing by leaps and bounds, and some of the larger “youtubers” have managed to turn video shot on an iSight camera into a significant online presence and a startling amount of money. Invariably this combination of profit motive, an almost wide-open medium, and young enthusiastic people with an interest in firearms is going to lead people to put gun stuff up on youtube. Every week there seems to be more gun-related content on the site which isn’t a bad thing in and of itself. The bad thing is the temptation to take stupid risks in order to stand out.

There are a ton of car sites out there on the web, all of them hungry for those precious clicks that generate that delicious advertisement money. A video where somebody gets shot at inside an armored car is probably going to generate some clicks, and that puts money in the pocket. The same is true in the gunniverse. There are a lot of people out there aspiring to turn their hobby into a paycheck or online prestige and in and of itself there’s nothing wrong with that…but without proper sanity checks that desire can turn into something dangerous. When “this will look great on youtube!” starts to overpower thoughts about safety, sanity, or proper application it’s only a matter of time until something tragic happens. We already have examples of folks trying super-duper high-speed CQB training on video complete with major safety violations, as well as video footage of people actually injuring themselves by incompetent attempts to replicate techniques taught in training they hadn’t yet mastered. The thought seems to be entirely on the side of getting good footage, maybe that next neat thing that will get you more subscribers or more clicks, and not on carefully weighing the risks of what’s being attempted.

You really don’t want to be the person who goes viral because you shot yourself, folks.

So what am I driving at? Be careful. If you want to do something cool on youtube or a blog, stop for a minute and realistically assess the risks. Run the idea by some people who can be trusted to look at it with a critical eye. If you get a cool idea involving a gun, don’t just run right out and do it…think it through like your life or someone else’s might depend on it. When we’re talking about firearms that very well might be the case.

Don’t be lured into disaster by the siren song of clicks. Don’t be the guy shooting at another person in an armored car you know very little about. Don’t be the guy with a fake accent on youtube blowing stuff up and narrowly avoiding taking your own head off with debris from the explosion. Don’t use firearms as props in stunts, folks. They’re not props. They’re lethal weapons. Behave sensibly with them and you’re unlikely to have any problems. Get stupid with guns on camera and it’s a matter of when, not if, somebody ends up bleeding.