We spend a lot of time looking at the shooting sports here at Gun Nuts. It’s easy to get caught up in the big stories of the champion shooters, in the sponsorships and advertising that sometimes we forget about the stories that really make the shooting sports great. To tell that story, I want to show you a picture, but it’s not who is in the picture that’s important, it’s who isn’t. 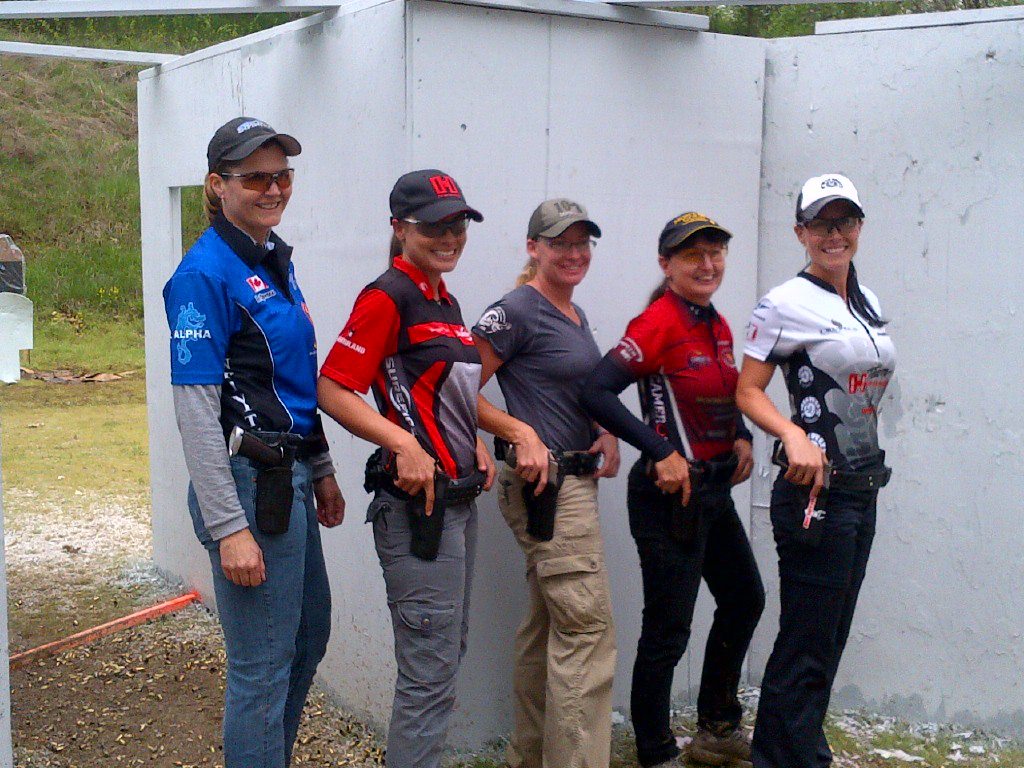 This was the bulk of my squad at the 2013 Single Stack Nationals. Doni, Maggie, Sara, Lisa, and Jessie. These were all the lady shooters that completed the match in Squad 13 on Friday. Absent from the picture is Lisa Larson, and that’s sad; of all of the shooters on that squad, she’s the one that should be remembered.

See, Lisa DQ’d on Stage 4 of the match. She had an AD into a prop wall while moving, and according to the rules had to be DQ’d. It’s always unfortunate when a shooter makes a mistake that results in a DQ’d, but we have to follow the rules. Now, when it happened we were just four stages into the match, it was maybe 10:30am. Lisa could have packed up her bag, shaken everyone’s hand, and gone home. No one would have blamed her. Processing the emotion of a DQ is hard enough, and at a national championship I can’t imagine how I’d react.

Lisa didn’t leave. She did pack up her gear, but she stayed with the squad. Not for one or two bays, but for the entire rest of the match. We finished shooting at 4pm that day, and for five and a half hours Lisa stuck with a squad that she had no obligation to stick with. She pasted targets, reset and painted steel, and even helped stuff mags for a shooter who forgot they were coming up.

Lisa Larson showed the kind of class and sportsmanship that makes the shooting sports great. When she had no reason to stick around at a match, she stayed – and she helped. That’s class, that’s sportsmanship. When we introduce new shooters to the shooter sports, we should strive to teach them that kind of sportsmanship. To Lisa Larson, from everyone here at Gun Nuts: thank you again. All of us would happily squad with you at any future match.