With a week until 1st shot at the 2013 Bianchi Cup, it’s time to bear down on training for my favorite match of the year. Which means shooting groups at 4 inch circles. Anyone who’s been following the blog knows that I have strong feelings for Bianchi Cup, and it’s hard to explain to people who haven’t shot the match. Whenever I think about it, what it really comes down to is that in the iron sight divisions, Production and Metallic, Bianchi Cup is a pure test of marksmanship. 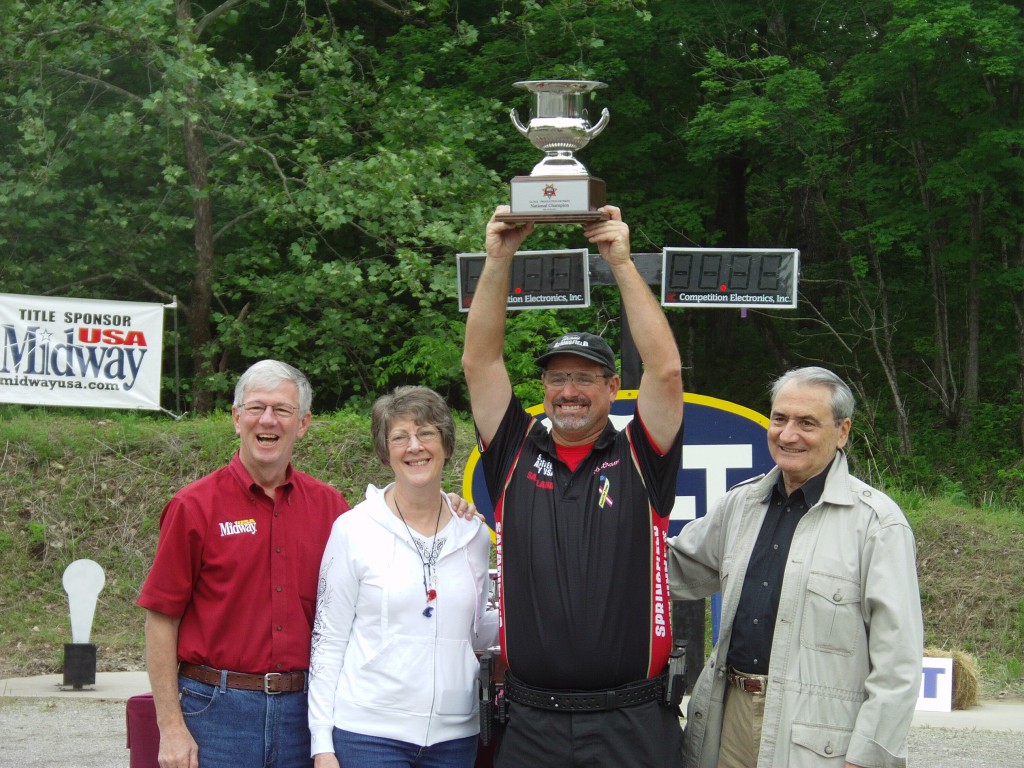 Maybe that’s what draws me to the match. Maybe it’s the fact that perfection is possible – Doug Koenig was 5 x’s away from a 1920-192x once. Maybe it’s because it was one of the first majors I ever shot, and I’m not over my high school crush yet. Perhaps I’m drawn to the pageantry around the match; it feels like what I imagine a national championship should feel like. Whatever reason, it’s my favorite match of the year and I look forward to shooting it every time.

Now let’s talk about goals. Each year that I’ve shot it, I’ve improved from the previous year. I shot a 1400 and change my first year, a 1500 and change my second year, and a 1600 and change last year. This year I want to break the 1750 mark, which means shooting a 438 or better on each of the stages. Last year my stage scores were 427 on the Practical, 422 on the Barricades, 426 on the mover, and 420 on the plates. 1695, just shy of 1700 points. To hit my goal I’ll need to shoot two more plates, and an average of 13 more points on the paper target stages. The mover is going to be interesting, because I’m shooting a big, slow .45 ACP bullet, so my lead is going to be well off the paper at 20 and 25 yards. But I know how accurate this gun is, and for the first time since I started shooting this match, I’m going into it with the same gun I’ll be shooting all year.

I’m looking forward to another week in Columbia, Missouri shooting one of the toughest matches out there. Each year I shoot the Cup, I come back a better, more accurate shooter. Of course, the trick is making that work with the other shooting sports.