Last year at the Colt Gunsite event that served as the launch party for the commercial version of the new Marine Corps pistol, the Colt CCG, and a few other guns, I spent some time talking to Dave Wilcox of Colt Competition Rifles. Dave was wearing Nike Special Field boots, and was raving about them. Previously, I’d had their virtues extolled to me by Iain Harrison; I’ve also been a big fan of the shoe that they’re based on, the Nike Free. I picked up a pair of the mid-rise SFB in British Khaki (which is the only color available for the middies) and have been wearing them on the reg ever since late October of last year. 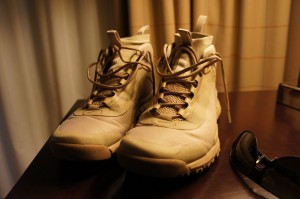 Unlike some shooting sports related footwear reviews, I’m not going to tell you that my Loloman SuperCross XXVIII are the bestest shoes ever and will provide superior gription or some nonsense. Like many things, good is subjective when it comes to footwear, and a shoe that works for me may not work for you.

The most important aspect of a shoe for me is comfort. If I hate wearing it, if it hurts my feet, I don’t care if it makes me corner like an F1 car, because I don’t want to subject my feet that nonsense for 8 hours. So are the Nike’s comfortable? Yes, but with an asterisks. They don’t have a lot of cushioning, because they’re sort of a cross between a boot and the Nike Free running shoe; the design philosophy means that you feel more of the ground under your feet. Theoretically, by eliminating excessive cushioning, you actually build strength in the lower leg. All I know is that if you’ve been wearing thickly cushioned shoes for a while, you’ll want to ease your way into the SFB, wearing them for a few hours at a time for progressively longer periods before you spent the whole day at a match. So they are comfortable…but only if you have strong calves/tibialis anterior muscles.

One of the nice benefits of the boot is that they’re water resistant. You’ve been at matches before and stepped in a huge-ass puddle, then had to suffer with the misery of wet sock for the rest of the day. I stepped in a huge-ass puddle at SS Nats (aka the entire range on Thursday) and my feet stayed dry. No squishy socks inside a hot boot for me. As far as traction goes, they were fine at Single Stack Nationals. There only area they suffer is walking on wet metal, which to be fair is a pretty slippery surface for most shoes. At PASA, I didn’t have any issues with traction on the stages, although I imagine that would be true had I worn pretty much any trail running shoe or cleats.

I genuinely dislike the laces. Whatever they treat the laces with to make them water resistant also makes them slippery, so unless you double knot them they’ll come untied pretty easily. I also don’t like that the mid-rise boot is only available in British Khaki, because it’s not very subtle. The mid-rise boot does not provide a lot of ankle support, which I like. However, if you need/want ankle support you can for the full-length boot, which is also available in more colors than the mid-rise.

Final verdict? I like them, and I’m glad I bought them. When I wear these out, I’ll buy another pair. They’re really not for everyone though; if you like more cushioning in your shoes, lots of ankle support, or colors other than “tan”, you should shop elsewhere. If you like the Nike Free running shoes or similar “zero weight” style shoes and are looking for something with a little bit more weather resistance for the shooting sports, give the Nike Special Field boot a look. Here’s a picture of one of the boots after SS Nats – most of the mud has finally flaked off. 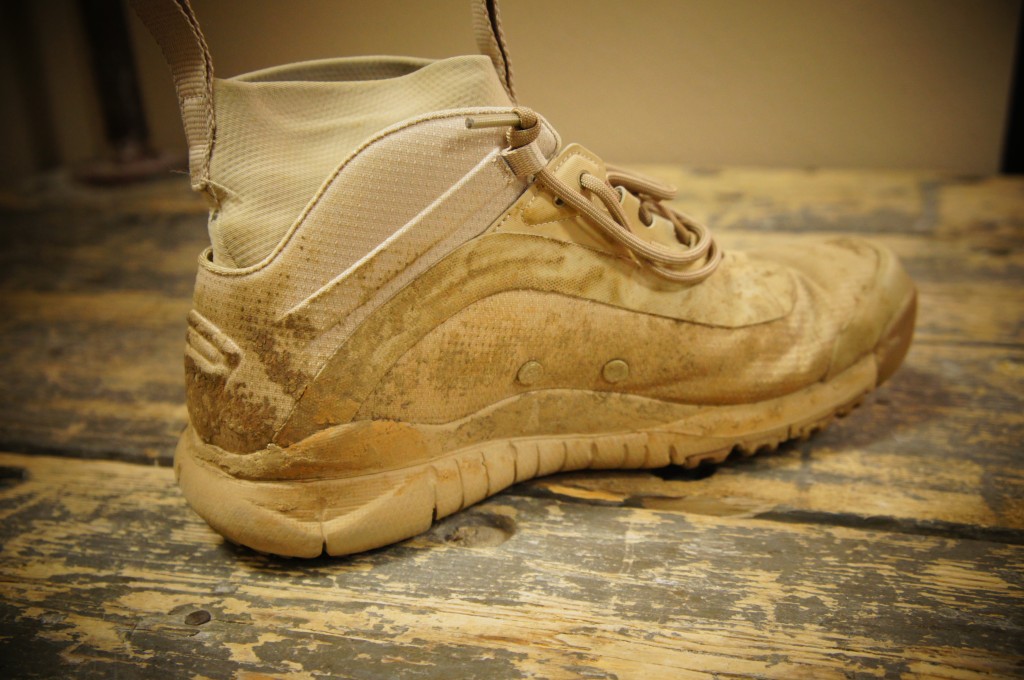