By now you should know that Top Shot: All-Stars is going to premiere May 29th, and as usual Gun Nuts will be providing you with the top notch coverage you’ve come to expect. With that in mind, let’s take a look at the roster for the All-Star season. In alphabetical order by first name, of course. 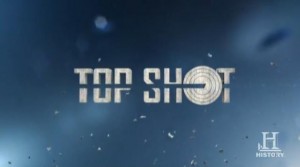 Season 1 has a total of 5 shooters, Season 2 has 3, Season 3 has 3, and Season 4 has 5. Gabby Franco has the distinction of being the only woman to ever make it to the Green Team, and is the only woman in this season of Top Shot. There are some big names notably absent from this list as well, just as JJ Racaza from Season 1, or Mike Hughes from Season 3. JJ declined to appear so he could be there when his first child was born, so that’s a worthy decision on his part.

If I had to pick a winner out of the group, my money would be on Chris Cerino or Brian Zins. They’re both tough as nails and have a lot of experience winning things. The only other 2nd place winner on the show, Greg Littlejohn doesn’t have what it takes under pressure, and he’ll fold early in the running. I’ll also be disappointed if Season 1 doesn’t administer a bit of a beatdown to the rest of the seasons, since let’s be honest – season 1 had the most talent.

I’m looking forward to this season of Top Shot, and seeing how the All-Stars battle it out!