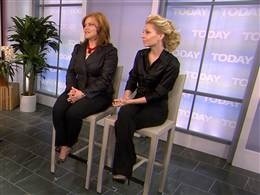 Once again the 4th hour of the Today Show has me all riled up. Yes, I realize, even the hosts use quotation fingers, when calling themselves News, but their statements this morning once again, clearly depict a mindset that needs fixing.

For a segment on how to help child deal with the Boston bombing news and not live fearfully, the guests were two ladies, a psychologist and a former secret service agent. The hosts began by discussing how much information to give children based on their ages, but quickly lost focus. One host asked the former agent if there was anything one could really do to be safe from these sorts of attacks. The agent quickly launched into a concise explanation of situational awareness. Her solutions were not unreasonable for any parent who is actually concerned with keeping their children safe.

Immediately, the hosts jumped on the agent, asking, why should they be expected to live as if a threat was lurking around every corner, when usually no threat exists. They didn’t think they should have to live in fear. They asked about how living this way might affect a person’s psyche. Most shocking was the comment from the less brilliant of the two hosts,

“Is [this] our new reality? and is it going to get worse?” At this point I may have been screaming at the TV, “Was 9/11 not enough for you!!! Just because you don’t live in a war zone, doesn’t mean you don’t have to be vigilant! Look at the streets of Boston, “war zone” isn’t far from the truth. Are you too lazy to be vigilant?! Well that’s is what happens…”

The agent did her best to tell these women (within the few seconds she was given) that she was living without fear, because she knew she was taking every precaution and taking responsibility for her safety, not waiting for help to arrive. She told them that it doesn’t take much time to consider and create an emergency plan.

And then the segment was over, and once again I felt the need to inform (or shake) people who live with the same mindset as that of these hosts. They can’t continue to apply their default ignorance is bliss while they are reporting on the news from Boston. Can they?