At the GunUp Shop secret headquarters (located on the corner of 11th and Phillips in downtown Sioux Falls) I have become the default armorer for minor problems. Hence, the Accidental Armorer. I suspect that this is because I have several hammers. But for whatever reason, I do get to see some interesting things, and yesterday I saw something I’d honestly never seen before. 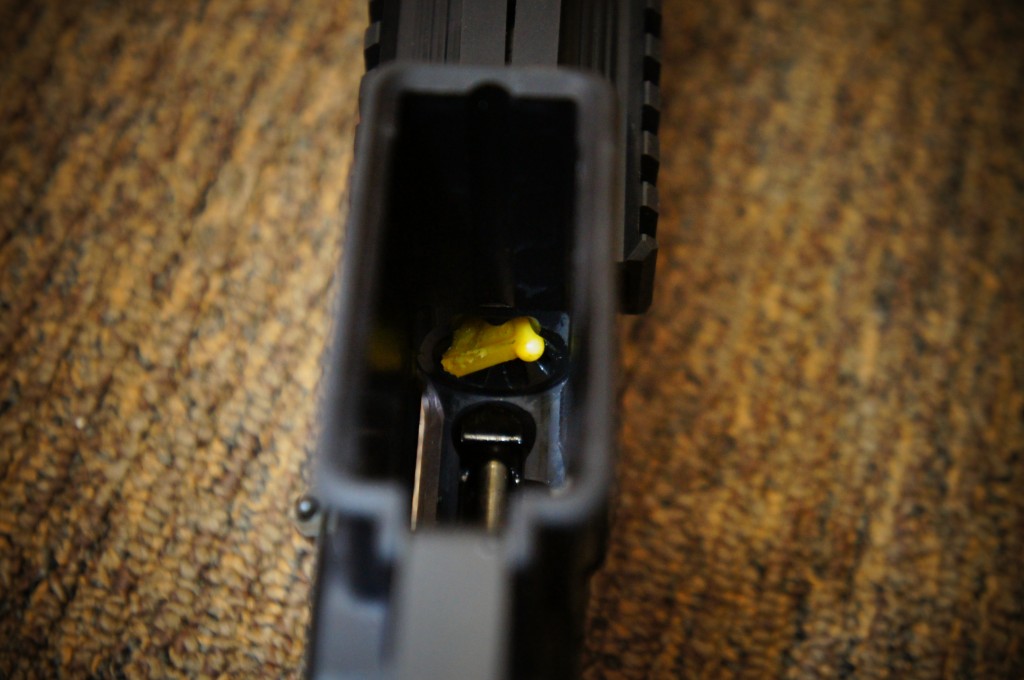 What you’re looking at is a chamber flag that has snapped off at the end that’s supposed to stick out of the ejection port the AR it came in, and as a result has been completely wedged into the chamber. Initial attempts to pry it loose met with failure. The simplest solution would have been to take the BCG out of the rifle…but since the bolt couldn’t go completely into battery, you couldn’t field strip the rifle. Here’s another angle: 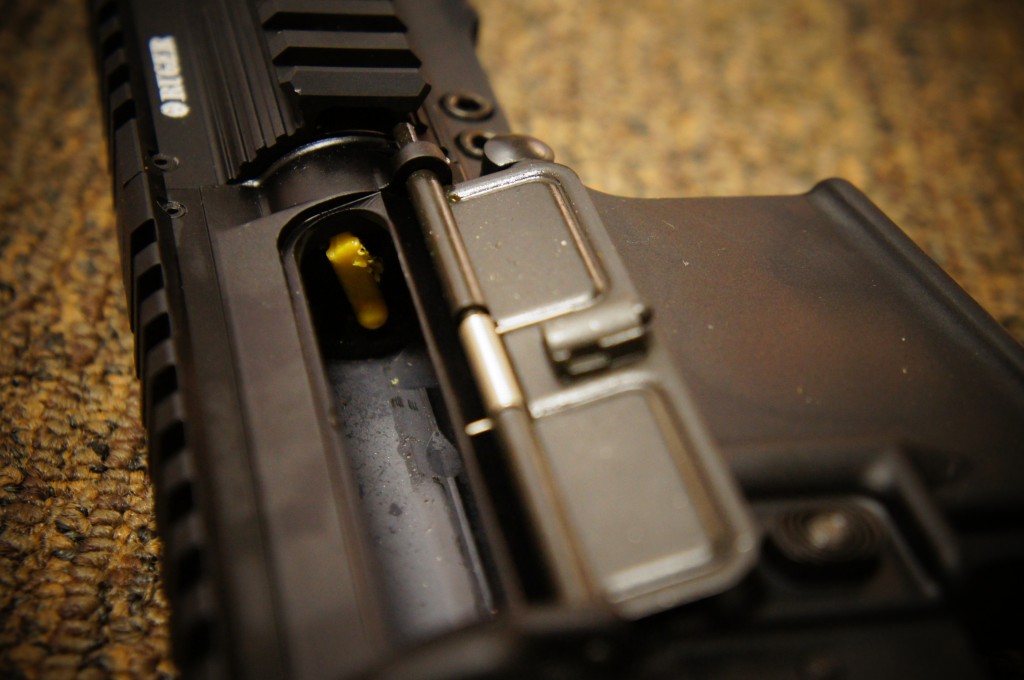 After various attempts to pry the stuck chamber flag loose with an assortment of non-marring things, frustration began to set it. The chamber flag was seriously wedged in there. The eventual solution was to insert a wooden dowel down the bore until it hit the obstruction and then gently tap it out with a mallet. And by “gently” I mean “whack the everlovin’ snot” because that thing was STUCK. But, it finally came loose, and all’s well that ends well. The gun is fine, and ready to party.

Two valuable lessons learned in this episode of the Accidental Armorer Adventures: having non-marring tools is really important if you have to mess about with guns that are going to be sold to customers, and a pox whichever jerk Congressman proposed the legislation that mandates guns have to be shipped with these stupid chamber flags in them.