Your shooting gear can talk. Not in the sense that your Glock is going to greet you in the morning with a salutation of “good morning, owner” but rather that wear patterns on your gear can reveal issues with technique that you might not have diagnosed otherwise. 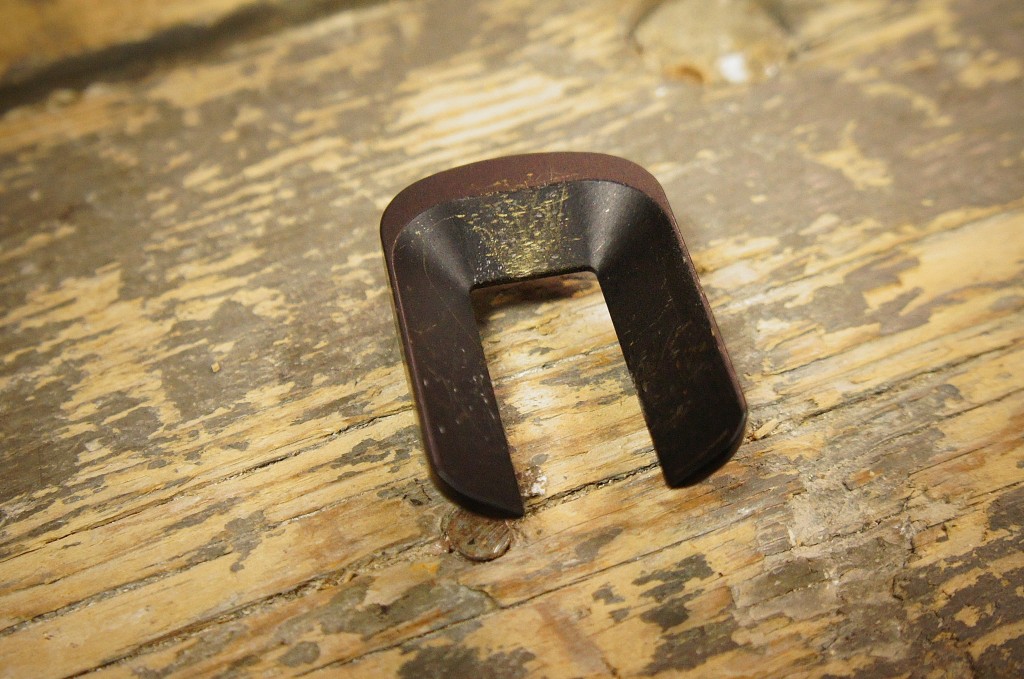 That’s the Techwell TGO Magwell I’ve been using on my Colt CCG for shooting matches and dry fire training. Last night, I pulled that and the Techwell grips off my main gun to install the VCD grips that I’d had on my carry gun; I also changed the mainspring housing for a steel unit that has a magwell attachment. As I started practicing reloads, I noticed that my miss rate went way up, with mags constantly getting stuck on the way into the gun. Curious as to the cause, I flipped over my TGO magwell and noticed a pretty obvious pattern. The vast majority of bullet marks on the magwell are right in the rear of the strike zone. So when the TGO magwell is attached, I tend to strike the rear of the magwell with base of the top cartridge and then the mag slides the rest of the way into the gun.

A quick look at the new magwell I installed shows a larger gap between the magwell’s guide surface and the back lip of the actual pistol. That means with the new magwell installed, when I’d do a reload that would have worked with the techwell, I’d hit the back edge of the pistol itself and likely lock the rim of the cartridge onto it. Not ideal. The wear pattern on my TGO magwell allowed me to analyze the problem a lot quicker, and saved me at least a half hour of frustrated practice.

When I evaluate gear decisions like this, I look based on the performance results. With the VCD grips and average magwell, I’ll have a better grip on the gun, no doubt. But I’ll also fumble more reloads as I get used to hitting a slightly different spot on the gun. That will mean a considerable training investment to get used to the new magwell. It’s nothing that can’t be overcome with reps, but it’s important to acknowledge that initially I won’t be as quick with this magwell. So the question quickly becomes an analysis of whether the performance gains from switching the grips are worth the temporary performance loss from switching the magwell. It’s also worth examining whether the old magwell was acting as a crutch – because it allowed me to be sloppier with my technique and still perform a “successful” reload, was that sloppiness in technique holding me back from actually getting better at reloads?

The answer isn’t something I can suss out via typing – it’s only possible to determine the objective truth with lots of reps. An optimal solution is to leave the average magwell on the gun and train with it. Training with a magwell that doesn’t let me get away with sloppy technique is going to make my technique better, which means if I switch back to the TGO, I’ll gain more benefit from the large magazine well. So for now, the VCD grips and average magwell stay on the gun…and I get to do even more reloads.