The gun control debate… It rages is on… And we continue to battle it with logic and reason and, for some people, shouting useless insults and stooping to the lowest levels of internet hate-speak.

If you find yourself in any of the above positions take a step back for a moment, because there are a couple things that seem to be getting overlooked in all our discussions:

b) We are not fighting a war of logic

The Second Amendment lies now in the hands of people who frankly don’t care about guns, have little or no interest in preserving the Second Amendment because it is one of our fundamental freedoms, and don’t understand firearms as a right. The gun control debate is no longer about logic, but rather about how these people feel. Is it right? Of course not, but this is what we’re faced with. 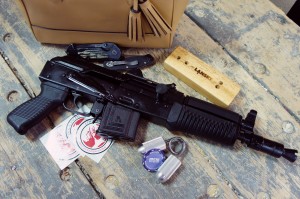 The war on the Second Amendment has turned from a discussion of human rights to a battle of women who don’t want to be raped against parents who don’t want their children shot. Or so that’s how the people on the periferie are going to see it. Their perception of our community and what we are trying to accomplish is key in making all these problems go away, which, I don’t know about you, is really what I want. I don’t want Magpul to have to move because politicians are passing idiotic laws, I don’t want people holding anti-gun protests or to get upset every time I watch the news because someone else is saying something else stupid about gun control, I want to be able to have a conversation in an airport bar without someone asking me how I feel about the current political climate and I want to be able to buy an AR-15 and build it however I please.

There a couple things that we, as a community, need to be aware of in our interactions with people who may vehemently disagree with us and people who may just not understand. The key, the most important thing, is to make sure we stay on the high moral ground. We want to protect ourselves, we want to sustain our freedoms, and we want to give people the knowledge and power to take care of themselves. Insulting others and beating them down is not providing knowledge and power, it’s not encouraging them to take care of themselves, it’s not doing any of these things that, at the end of the day, our community really wants people to be able to do.

We do ourselves no favors by alienating people unnecessarily, but we also work against the one thing we are really trying to do. Firearms, and our community, should be a positive and uplifting source of self-control and confidence. Portraying this side of our community in our day-to-day actions will do a lot more to appeal to the emotional side of the Second Amendment debate. This is a great community to be a part of, it’s about time we showed the rest of the world that.