So you’re getting ready to take your first training class? That’s awesome. Learning to shoot better is always a good thing, but before you go, check out these simple guidelines that will make your trip more effective and valuable in the long run. 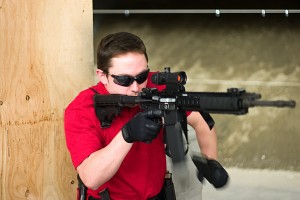 The goal of training after all is to improve as a shooter, but there are a lot of non-shooting related things that can go into a class that will affect your ability to process the information presented during the class. After taking a lot of classes, going to media events, and shooting matches, the list of items that I’ve come up with has whittled down to the good stuff that I know I’m going to need. This list can also be adopted to major outdoor matches as well.

You’re wearing the shirt of the band you’re going to see? Don’t be that guy. In the great film PCU (seriously it’s fantastic) Jeremy Piven berates one of his fellow students for wearing the shirt of the band that said student is going to see live. Don’t be that guy. It makes you look like an uncritical nuthugging fanboy. Example: I have a bunch of 10-8 Performance shirts, and they’re by and large my favorite t-shirts. I am not going to wear one to the 10-8 Performance class I’m taking this weekend. But you should totally buy one of those 10-8 Shirts, they make you awesome.

Many reasons for this, obviously you might get thirstier than you thought; or you could need the water for not drinking. Example: you get cut, and need to wash the cut out before you apply neosporin or something. Or, you could have friend that aren’t prepared and would like get them to buy you a beer sometime. You’d be amazed what you can barter for a bottle of water on a hot day at the range. Or you could be a nice guy and just give it to them.

Not Cliff Bars, which are full of sissy soy protein, but something delicious and meaty like beef jerky or the amazing jerky nuggets that some places sell. These are generally good fuel snacks for a long day and will go a lot further than some stupid energy bar. But, they are loaded with sodium, so make sure to keep drinking that water.

Unless your training class is at an indoor range with wall outlets, your iPad will die. Bring a notebook and a pencil.

When I travel to major matches, I always try to arrive with enough time to do a scout run to the actual range. There is nothing more dangerous than having a 7:30 am shooter’s meeting with mandatory attendance at a range you’ve never been to and have no idea how long it will actually take to get there. Don’t rely on Google maps, either. Ranges are frequently in remote locations where Google or your GPS can send you astray. Get in the car, drive it yourself so you know how long it will take and the best way to get there.

A cooler, icebox, even one of those small freezable lunch bags

is a great idea. I like to have one of them with a couple of Snickers bars in it for emergency energy. As a side note, a Snickers bar is basically the same as any one of those nonsense energy bars, so if you need a quick burst of calories, eat that. Also related: having extra Snickers bars in your kit is probably the best way to make friends at the range.

There are plenty of other range guidelines, but following these tips will allow you to be prepared for the most obvious dangers that could arise – you could get hungry, thirsty, or lost.