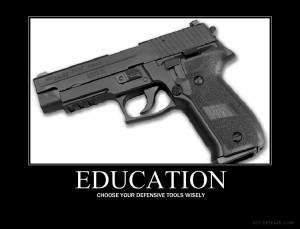 There is a reason professionals carry this gun

Yesterday I talked about how you don’t need a pocket 9mm pistol, largely because I believe that there is nothing a pocket 9mm does that isn’t out performed by different pistols. I feel there are better choices for pocket guns, and I feel there are better choices for 9mm pistols. But that actually wasn’t the point of the post, because ultimately if you go through the pros and cons of a pocket 9mm and decide that it’s the gun for you then by all means you should purchase one.

Like any decision, choosing a carry gun is one of compromise. It’s been shown, both here and elsewhere 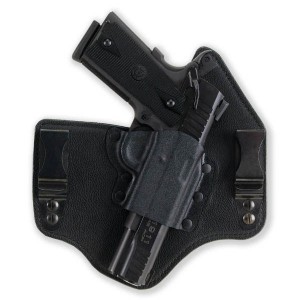 that with a minimal amount of effort you can conceal a reasonably sized pistol such as an M&P Compact or Sig P250 Compact under as little as a tank top. Wearing nothing more than a polo shirt and Woolrich Elite Pants, I can conceal a full size P250 with ease using a Comp-Tac holster. With great holsters on the the market like Galco’s KingTuk, you can even tuck your shirt in around the gun, further eliminating any sort of concealability issues.

But again, that’s also not the point. Because when it comes to gun purchases, need has nothing to do with it. I don’t need another 1911 in 9mm. I want one. I don’t need a 5th stainless steel revolver in .357 Magnum, but I want one because stainless revos in .357 Mag are awesome. But if you’re buying a pocket 9mm as your primary carry gun, something to throw in your trousers when you go to the grocery store, the equation of want vs. need does change, because then you are counting on this gun to do certain things in the event of an emergency.

To help with that, here are my criteria for selecting a carry gun – these are constantly being revised as I discover new standards and objective methods for testing them. I wouldn’t carry a gun that won’t meet these standards, because as much as I may want it, I need it to do these things.

These are fairly objective standards. Specific target sizes at specific distances. No time limits, just standards of accuracy and shootability. If any gun that I’m evaluating for concealed carry cannot reliably and consistently meet those standards, it’s probably not the gun for me.

Choosing a carry gun is all about decided what you want. Pick the attributes that you want out of your gun, whether it’s a semi-auto 9mm, .380, or a J-frame, then go the range and actually shoot the guns you’re interested in buying. Don’t buy a gun because a gun magazine or a blog told you it was the coolest thing since sliced bread or you saw a commercial of it blowing up watermelons. If you’re buying a serious gun for concealed carry, make sure that the gun that you want is going to meet your needs.