Buying a carry gun is difficult for women, trust me, I know.  It’s hard to decide where to conceal, how to work around fashion and what sacrifices we’re willing to make for the gun and for our lifestyle.  As a young woman who frequents gun shops I’ve been pitched a lightweight .38 as great first carry gun more than once.  I have never agreed with this pitch, and to that point I’ve been carrying around Caleb’s Model 60 j-frame for the past couple weeks.

I already explained how I’ve benefited from revolvers, now it’s time to let you know my feelings on them as a woman’s first carry gun. 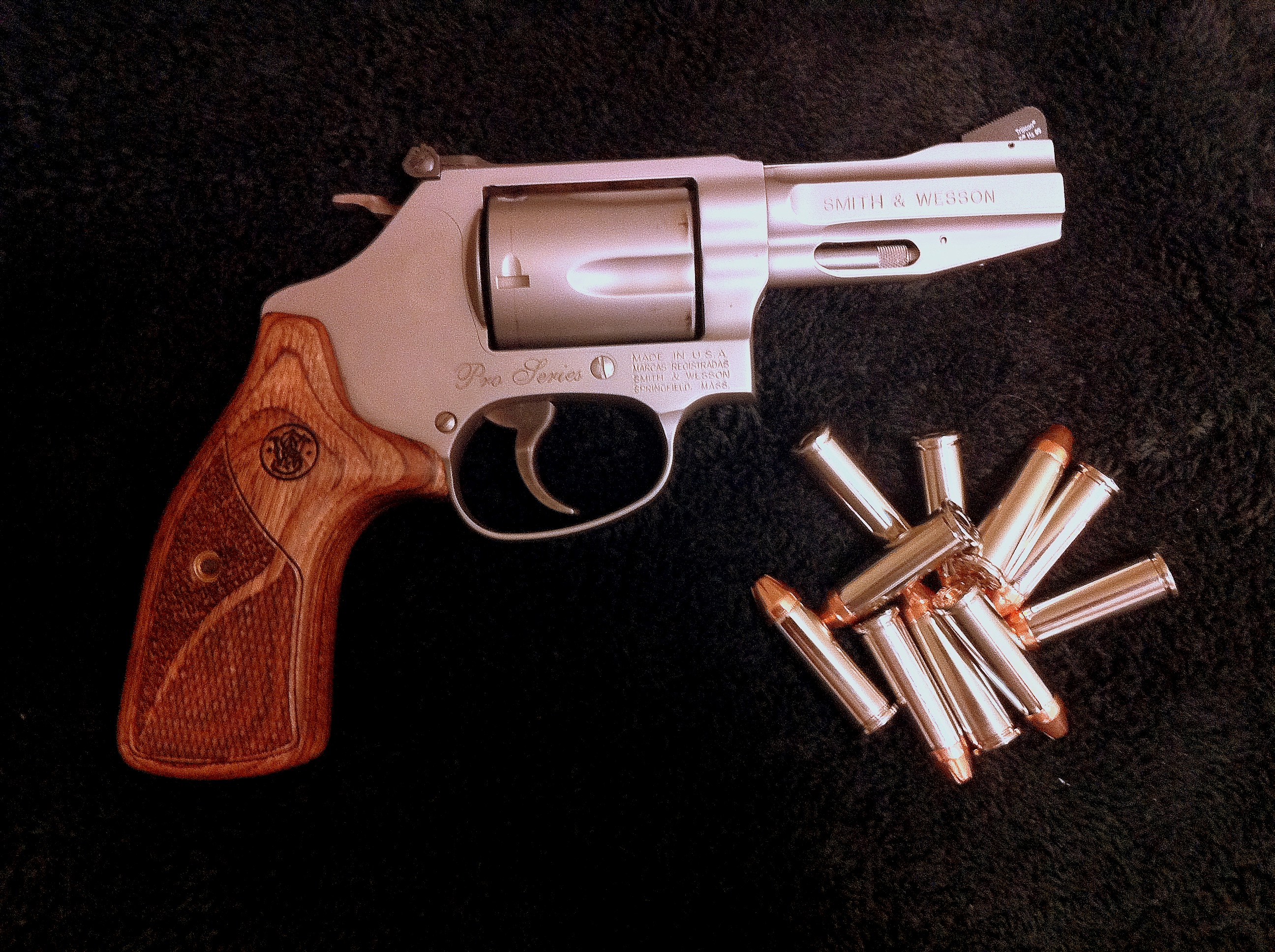 I understand why this is such a popular notion: These guns are small, extremely light, very concealable, reliable and easy to use, while still having the “adequate stopping power” of a .38 or even .357 (versus, for example, a .380.).  But there’s something you boys aren’t taking into account: forearm strength.

I get fatigued from the double action trigger pull on the Model 60 after about 6 rounds, from the 686 after about 12.  Halfway through a box of ammo my wrist was actually hurting from the Model 60.  The simple fact is that women don’t have the same forearm strength as men do, and you can’t expect me to want to sit around and plink with a double action trigger when it fatigues me so quickly.

I’m by no means saying we can’t do it, I can do a 100 round training session with a revolver and it’s not so bad.  But I know that being handed something on one of your first times out shooting is a completely different experience than me standing in the open movement bay working through my trigger slap.  If someone’s arm is getting tired after 30 rounds they aren’t going to go “Oh, this is fun, I should do this more.”

Another argument you hear for selling revolvers to women and first time gun buyers is that it’s less complicated to operate than a semi-automatic pistol.  The problem with that theory is that today I’ll drive a manual transmission Jeep to and from work, successfully operating more controls at 60 MPH than you would find on a 1911.  Often coupled with that argument is the thought that a revolver is a good gun for a woman (or even a man) that’s going to buy a carry gun and then not shoot it.  I take issue with that because even if the purchaser isn’t going to shoot the gun that often, they still deserve to be sold a gun that they won’t find physically unpleasant or exhausting to shoot.

I recognize that a carry gun is not going to be fun to shoot, they aren’t designed that way.  But there are plenty of carry options out there for women now that aren’t double action revolvers.  There’s no reason they shouldn’t work into that arm strength through striker fire guns like the Ruger SR9c or even a single action such as my little Sig Sauer P238.  With less-fatiguing yet still light and reliable options available there is no reason these little revolvers should be pushed onto unsuspecting first time gun buyers.