I’ve been running the Lucid HD7 red dot on my Ruger SR556 for almost a month now – as I step up my rifle shooting I’ve put about 600 rounds through the SR556 with the Lucid mounted on top of the gun. 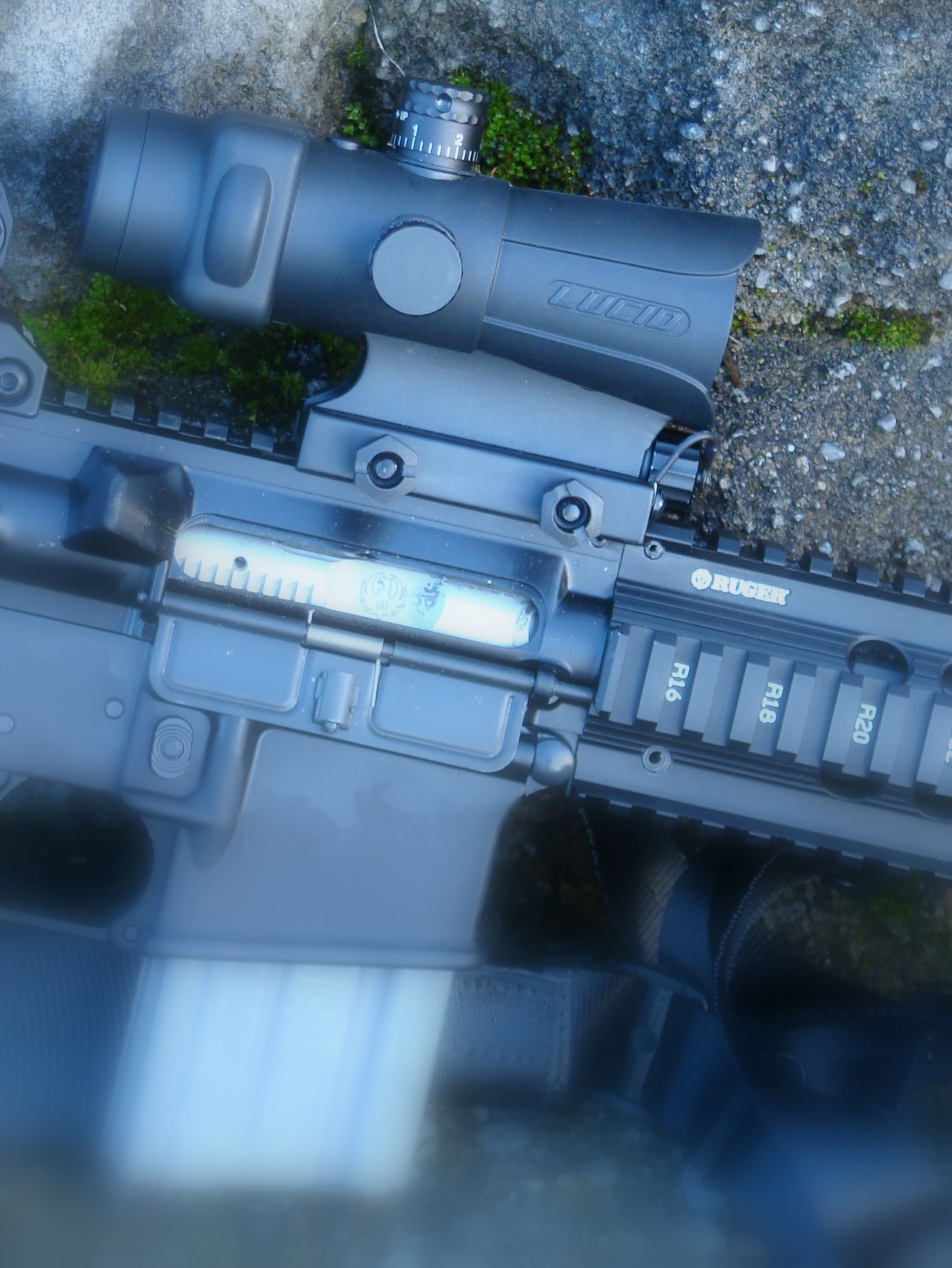 That’s not nearly a high enough round count yet to really establish the reliability of the sight in tough match conditions, especially since matches are on the downswing right now in the PNW thanks to people not wanting to play outside in the rain.  However, it is enough time to form an initial impression of the optic, which is pretty positive.

Here’s the actual spec page on the Lucid, and I’ll touch on some of the features briefly.  The quick hits are that it’s a 1x red dot optic, with 1/2 MOA click adjustments; the optic features four different sighting reticles which are either a simple dot, a circle crosshair, a true crosshair, and a circle with a dot in it.  In practical use, I really only use the dot or the circle/dot combo.  The simple dot is nice if you need a bit of precision for your shots, and the circle/dot combo is very nice for shooting IDPA/USPSA targets from 25 yards and in.  Another nice note – point of impact didn’t shift for me when I changed reticles.

The optic has two modes of operation for the brightness of the dot, manual and automatic.  Turn the optic on and it’s in automatic mode, which actually works pretty well for the most part.  Since I’ve only shot the gun indoors, I’ve only really used it in automatic mode, so I can’t speak to the adjustments on how it will perform outside.  To switch modes just press the power button once, and it will switch to manual brightness mode, which is controlled with the little up/down buttons on the left side of the scope.

The big selling point for me right now is that it runs on AAA batteries.  If I’m not going to hang one of Trijicon’s battery-free products on my gun, then I want something that I can actually find batteries for at a Target or Wal-Mart.  Buy groceries, and oh hey, pick up a pack of AAA’s for my optic.  The optic also has an automatic 2 hour shut off switch, so you’re not going to leave the optic on and kill your battery on accident.  I’m kind of torn on the auto-off feature – while I don’t like running my battery down, if this optic was mounted on a serious fighting rifle or a home defense carbine I am not in love with the idea of having to turn my sight on just as the fight is commencing.  When my front door is getting kicked in at 0200 is not really a good time to try and remember where the power button is on my sight.  The only other negative feedback I have is that the click adjustments aren’t as positive as I’d like, but that’s picking nits and I recognize that it’s not really a big deal.

My overall initial impression is favorable: I like the sight, I like the price point, and I like that it runs on AAA batteries.  For the price point, you could buy five of these for what you’ll pay for an ACOG and outfit several emergency anti-zombie rifles.  I think that this optic would go exceptionally well on Ruger 10/22 or an S&W M&P15-22, it’d also probably be a pretty cool optic for a shotgun.  I’m going to keep running the optic on the Ruger SR556 for the time being.  We’ve got some pretty cool matches coming up and I’m hoping we’ll get to see how the Lucid HD7 does when it’s getting banged around on a 3-gun stage.