Recently, I loaned out my Para LTC 9mm, aka the Gun Blog 9mm to someone who is shall we say a bit more fastidious about cleaning her guns than I am.  I noticed on Tuesday night that ejection from the Para was starting to get a little anemic, with the empty cases popping up about a 3 inches over the gun then just falling lazily all over the place.  Contrast with my Ruger SR40 which launches its brass into low earth orbit, and it occurred to me that it might be time to clean the Para.  Actually, that’s not true.  The Para was forcibly cleaned as it was proclaimed by several to be “filthy”, and other words such as “disgusting” and “how could you do this to a 1911” may have been bandied about.  After the gun had been cleaned, I went back and checked my records – the Para had over 10,000 rounds of 9mm ammo through it since the last time I cleaned it, and it was still functioning just fine. 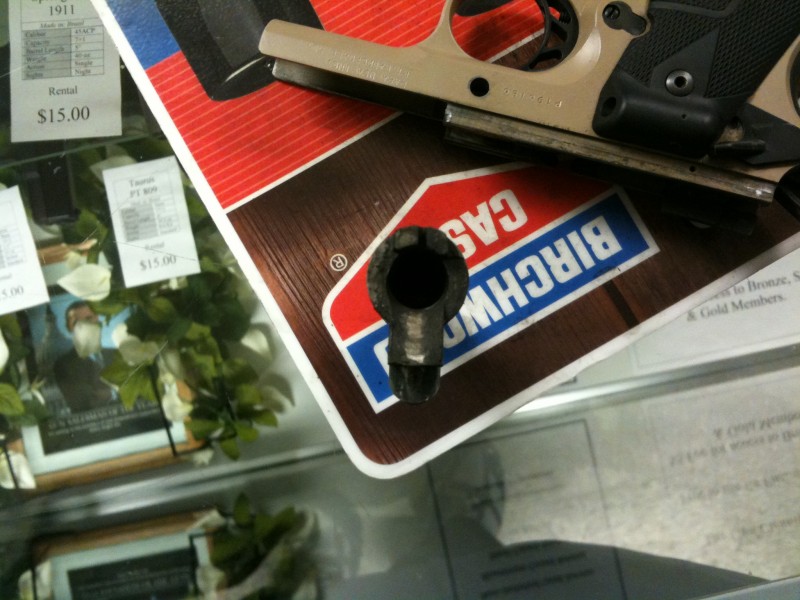 That’s the barrel and feedramp area.  Pretty fouled up, but you can see that strip on the feedramp where the bullet would contact the ramp and still slide in to the chamber.  The rifling was full of carbon fouling from the round count, which indicated it had been a while since I had even bore-snaked the gun.  Still, it continued to run despite the abuse it had been taking. 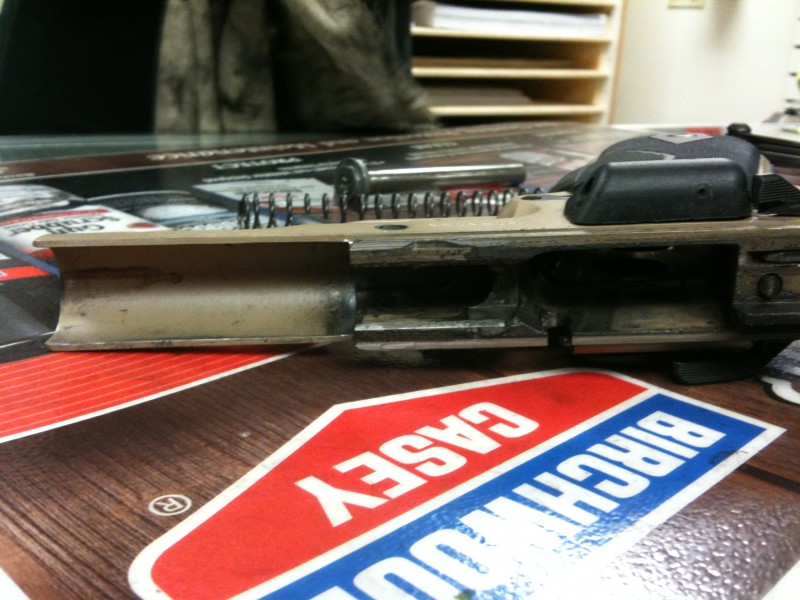 The frame was actually even dirtier than this.  I snagged this shot on my iPhone after the dust cover had been wiped out, which prior to cleaning had been the same cruddy brown/black color that the rest of the gun is sporting.

You can also see something interesting in this photo; more accurately it’s what you don’t see that’s interesting.  Notice the lack of crud and grime around the housing for the laser.  Even with all this junk on the pistol, the laser’s function and beam remained unobstructed and had been functioning just prior to the cleaning of the gun. 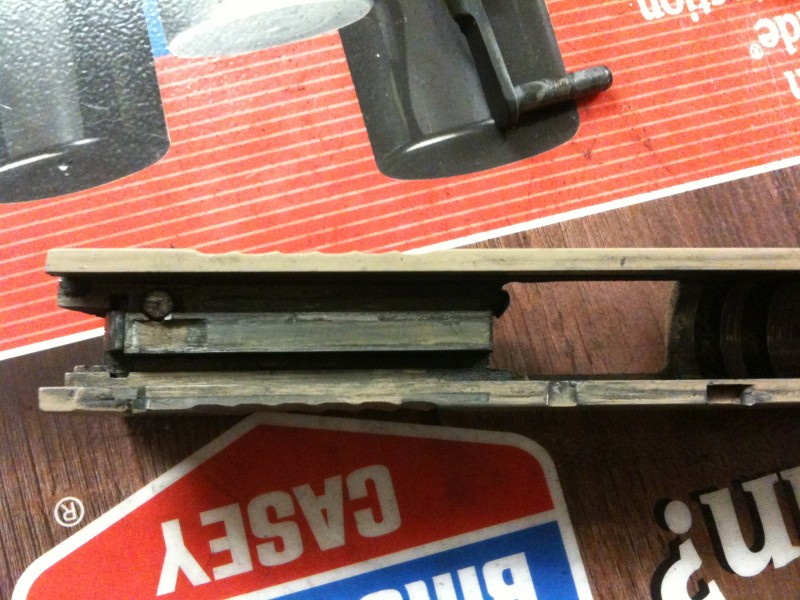 Honestly, the inside of the slide didn’t look all that bad to me.  Just a nice “used” color from lubricant and fouling that didn’t do anything to damage the function of the gun in any aspect.  Apparently, the breech face was just a total mess of fouling and was about the same color as the barrel and feedramp that you saw in the first picture up here.  All of that is now all shiny and clean.  I mean it’s as shiny as something that’s finished in coyote tan will ever be.

And here’s the money shot that you may have seen yesterday at the Shooter’s Log.  All that mess on the q-tip is actually crud that came out of my gun from somewhere.  I don’t know where, because I didn’t know you could fit that much fouling inside a 1911 and still have it run, but I guess I was wrong.

I should mention that I never intended for my gun to get this dirty.  The Para hasn’t been my primary competition gun in a while, but it gets taken out of the safe and run whenever I need either a 1911 or a 9mm to compare with whatever I’m testing/shooting at the time.  It would then usually get lubricated and put back up to be called upon only when needed.  In the course of all that shooting, it worked up a serious round count without being cleaned.

Don’t do this to your guns.  In terms of intellectual exercises, it’s neat to see a 1911 go 10k+ rounds without so much as a boresnake passing through it, and it’s a credit to Para that their alloy 9mm platform stood up to this kind of abuse.  Even as “anti-cleaning” as I am about guns, they should probably be cleaned more often than I cleaned this, as that much neglect can actually start to cause mechanical failures and other issues with the pistol.  Please clean your guns more frequently than I cleaned this poor Para.

But it is interesting to see how well made modern firearms are.  The various torture tests at Pistol-Training.Com (first the M&P, then the HK P30, followed by the HK45) have really demonstrated what our current level of pistol technology is capable of delivering.  These are very interesting data points on what firearms are capable of when they’re pushed well past the performance limits of the everyday shooter, and I hope that we continue to see this kind of serious testing as new guns come out.