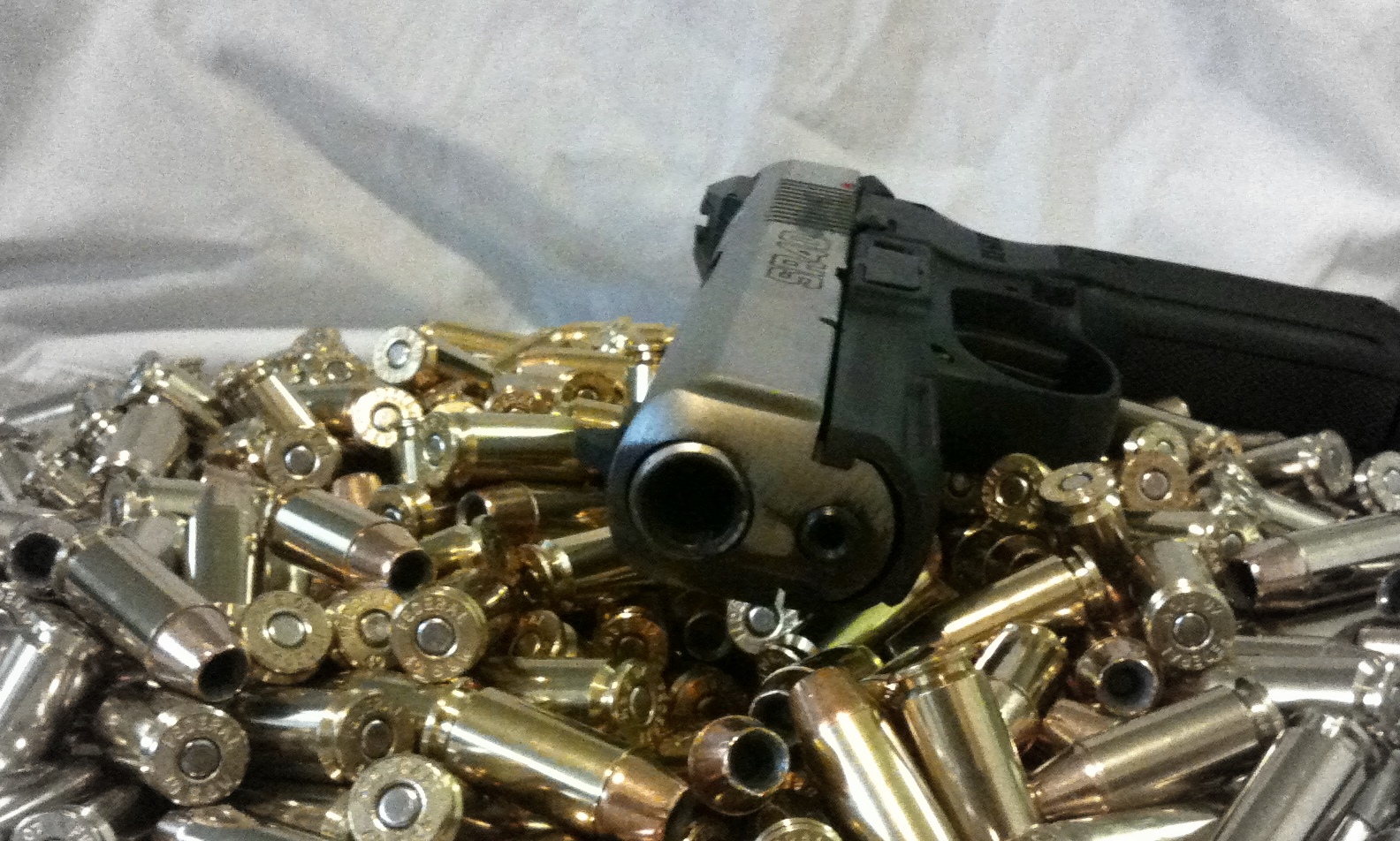 Is that it just plain works.  This past weekend I ran the brand new SR40 through Insight Training Center’s Intensive Handgun Skills class, where I fired exactly 1402 rounds of BVAC .40 S&W ammo.  The basics of the gun are pretty simple – it’s an SR9 upgraded to fire .40 S&W ammo.  The sights, trigger, safety, and all the other features are exactly what you’d expect to see on an SR pistol, but the hole at the business end is a bit bigger.  The SR40 ships with 2 15 round magazines; initially loading the 15th round in the magazine was a bit problematic, but after several loadings and reloadings it’s since broken in to where it’s easy.  For me it’s not really a problem since I plan on running this gun in Limited-10 and ESP, which limit my mags to 10 rounds anyway.

Like the rest of the SR series, the SR40 has great ergonomics.  It sits easily in the hand, and the low bore axis makes soaking up .40 S&W a generally comfortable experience.  It has the same factory sights as the SR9 and SR9c, which feature 3-dots and that unusual rounded profile.  Honestly, since I use the drive the dot technique when I’m shooting 3-dot sights it’s not really a big deal; and it is nice to have a fully adjustable sight on a pistol.  That being said, I am likely going to order a set of the Novak SR sights for this gun just to see how they compare to what I’m currently running.  The other features are the same, the magazine disconnect is still there as well as the thumb safety that’s also on the SR9c and the SR9.  More on the thumb safety in a bit.

The biggest difference is that the SR40 is just a hair wider than the SR9.  I ordered a Comp-Tac paddle holster designed for the SR9 for my SR40, and I had to open up the retention screws as loose as they’d go to get the SR40 to slide smoothly in and out of the holster the same way my SR9c does in its Comp-Tac paddle.  Make sure you check the fit of your holster if possible before ordering SR9 sized holsters for the SR40. 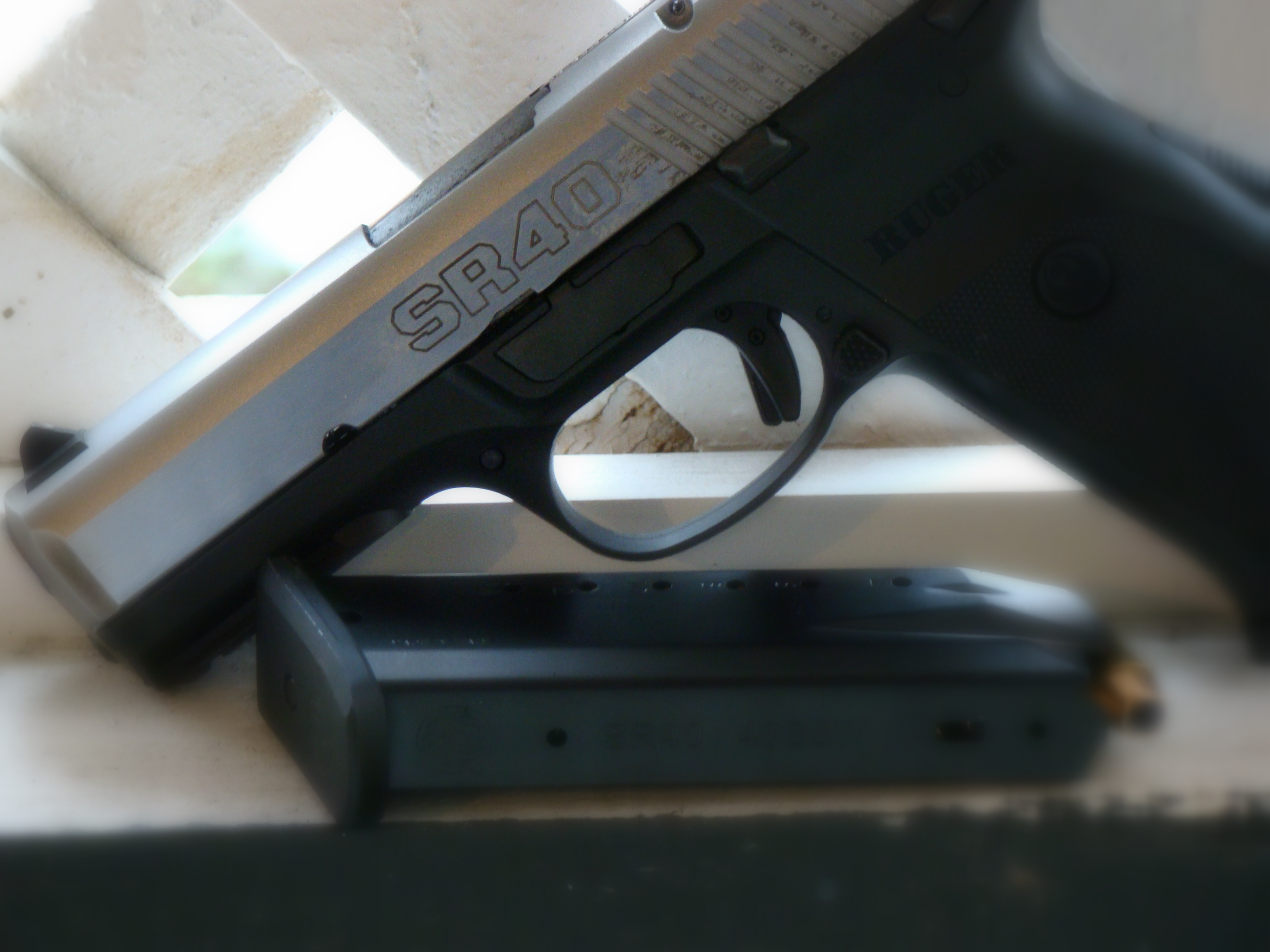 The most important feature in a competition gun is the trigger – and after running the trigger for over 1400 rounds and several hundred dry-fire reps I can objectively say that it’s a fine trigger.  I don’t expect the triggers on polymer pistols to feel like a tuned 1911 trigger out of the box, and the SR40 trigger, much like the SR9c trigger is about 6 lbs with a bit of pre-travel and a superbly positive reset.  I was running .19 splits during class on 7 yard drills to the A-zone, and that’s in part due to the short and positive reset on the SR40.  This was with USPSA Major loads – 180 grain JHPs at around 950 FPS, nothing to laugh at.  I’m considering building one of the SR40 pistols I have in to a dedicate Limited-10 gun, and while I’d remove the magazine disconnect I wouldn’t do anything to the trigger other than that.  I did have the chance to compare the SR40’s trigger to a Gen4 Glock 17, and the SR40 was lighter, smoother, and had a more positive reset.

There is one feature I don’t like about the SR40 however, and that’s the safety.  On the SR9/c, the safety isn’t bothersome.  I did notice after high round count practice sessions with the 9mm that the safety would raise a small blister on my strong hand thumb.  It wasn’t that big a deal, as 9mm even in the compact gun doesn’t have enough snap in the recoil impulse to really dig in.  On a .40 however, even one as lightly recoiling as the SR40 there is enough recoil impulse for that safety to bite.  After about 500 rounds on the first day, I had a cut on my hand which necessitated wearing a bandage for the duration of the class.  After 1400 rounds…well let’s just say that I’m not a huge fan of the location of the safety.  For my Limited-10 build, I’ll probably see if I can’t have the left side of the safety lever removed from the gun.  The fact is though that the safety probably won’t be an issue for most people; even 200 rounds with this gun isn’t going to bother you significantly.

Bottom line?  I like the SR40.  I like it as much as I like my SR9c, which I quite honestly really like.  I came to these tests with Ruger’s SR guns not knowing what to expect, and as someone that shoots a lot of rounds, I’m actually quite happy to say that I’m really pleased with how these guns have been performing.  They’ve gone through major matches, serious classes, and a lot of rounds without encountering any significant issues that weren’t ammo or user related.

At the price point the Ruger series sells for, it’s a great bargain for someone looking for a defensive, carry, or even as we’re showing on the Quest for Master Class a competition firearm.