Study strategy over the years and achieve the spirit of the warrior. Today is victory over yourself of yesterday; tomorrow is your victory over lesser men.  – Miyamoto Musashi

I’ve spent a decent amount of time in the past week since the training brouhaha thinking about several things: the importance of training, the definition of training, and the necessity of training.  There have been quite a few pixels expending on this topic lately, and I have to agree with the sentiment that aside from basic safety, no private citizen needs a training course.  But as my smarter, wittier southern friend is fond of saying “what’s need got to do with it“?  There is an obvious parallel between a gun owner telling someone that they don’t “need” a training class and an anti-gun advocate telling me that I don’t need 17 round magazines for my Ruger SR9c, or a “hunting only” gun owner asking an AR15 fan why they “need” a semiautomatic rifle for hunting.  It creates an unnecessary divide within our ranks, and I tend to be disappointed when I see gun owners running the concept of professional training down, as it does a great disservice to the many quality professional instructors that make their living in this business. 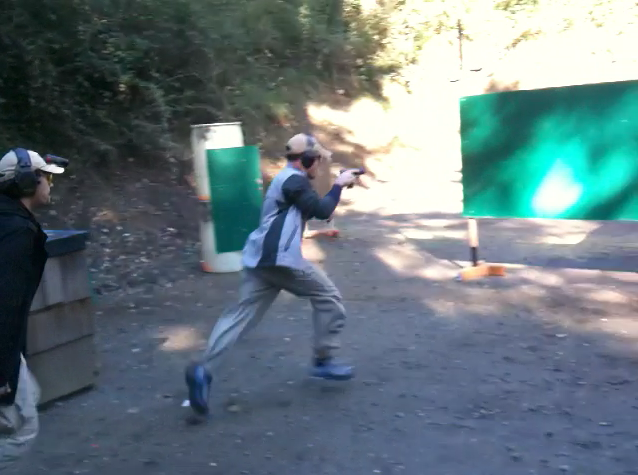 My other objection to an anti-training mindset is that at times it expresses itself in an attitude of anti-competence where people espousing the anti-training mindset actually look down on people who pursue training and furthering their skill for “wasting their time” or whatever reason.  Pursuing a skill simply for the sake of that pursuit is in my opinion an awesome investment of your time.  Whether you want to be the world’s greatest cup-stacker or a USPSA GrandMaster, a personal quest for excellence for excellence’s sake is something to be admired and not scoffed at.  The human desire to be awesome at stuff is one of the things that makes us great – without that desire you wouldn’t have great works of art, classical music, or guys shooting El Prez in 3.02 seconds.  All of those are good things, and in the shooting sports the desire for training to improve your skills really should be lauded and encouraged.

True, you don’t need training.  But it’s not going to hurt you, either.  Tam is taking a class from Todd Green of Pistol-Training.Com, which is focusing on building the fundamentals of shooting together to make the individual a faster and more accurate shooter.  I likely won’t ever need to draw my gun in less than 1.5 seconds from concealment to double tap multiple attackers then perform a reload while moving, but you know what?  If I’m ever in a situation again where I need to draw my gun, I’ll be very glad to have honed and refined that skill in training and competition.  Which leads me to another reason why professional training is beneficial – even if your best friends are truly accomplished shooters, there’s one thing they’re not likely to do when you’re hanging out busting cans off the berm and that’s put you under pressure.  Watch the videos from Magpul Dynamics – having Travis Haley or Chris Costa barking in your ear while you’re trying to reload your M&P and hit a piece of steel before it goes away is going to make all the flaws in your technique come screaming to the surface in a great big hurry.  Even in a less tactical class, you’ll feel the pressure to perform well in public and impress your fellow students, there may be competition elements introduced in the class, or other methods used to artificially induce pressure.

The gun is an incredibly simple and intuitive tool to use for self-defense.  Because most people get “monkey-point-good” as a method of aiming a firearm at extreme close ranges, many defensive shootings are successfully performed by people with little or no training whatsoever, and I believe that’s a good thing.  It allows the 80 year old grandma access to a tool that she can use to equalize the force disparity between her and a 200 lb mugger – unlike previous force implements such as contact weapons it has a much simpler learning curve.  So no, you don’t need training.  I don’t need to be able to shoot the FAST in 4.74 seconds, but I want to, and want is enough.

If you’re getting in to the shooting sports and are thinking about looking for a good training school, do you research and find out who in your area does what you want and has a good reputation for teaching good classes.  Don’t be discouraged if you run in to people that put training down, or tell you that you don’t need training – don’t let the haters get you down.  Each improvement in your skills is in the words of Musashi “victory over yourself of yesterday”; and should you ever need those skills under pressure you will be an excellent position to achieve “victory over lesser men”.