I’m a big believer in practicing the aspects of your shooting that you’re not so great at; in my case it’s any kind of shooting past 10 yards can get unusually frustrating. 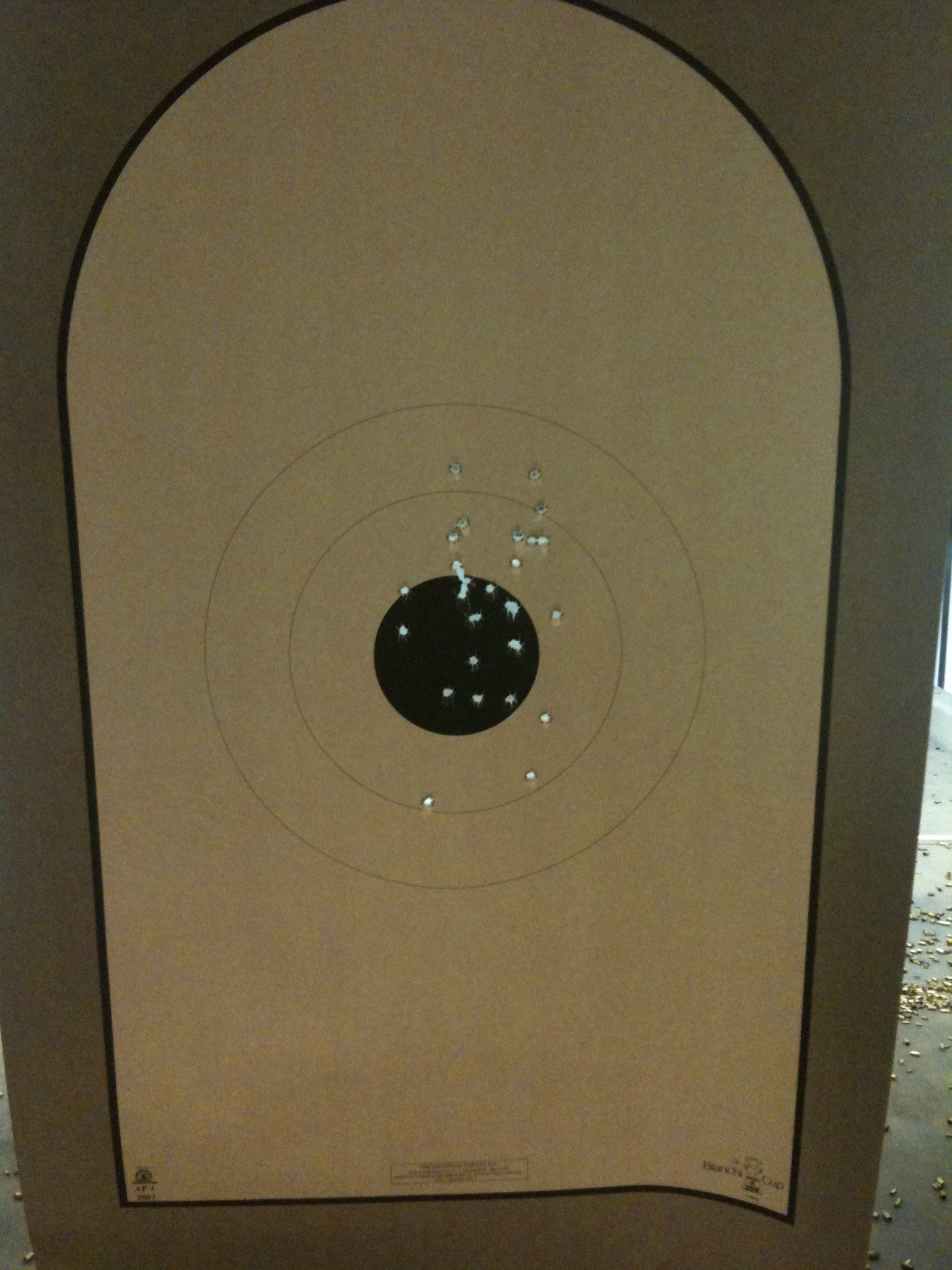 However, there are times when practicing your weakness can be quite rewarding.  That’s the standard Bianchi Cup target; which I set out at 20 yards to practice what else but my long range pistol shooting.  Specifically, giving myself 2.5 seconds to draw to a 10 ring hit at 20 yards.  This is a standard practice drill that I use, as I’ve discovered if I can draw to an open 10 ring at 20+ yards in 2.5 seconds, I can get the same hit at 7 yards in 1.35-1.5 seconds.

Target at the right was shot with my Bianchi Cup Production division revolver, a S&W 686 SSR.  Drawing from the holster, with an average draw to shot time of 2.47 seconds my score on that target would be 236-10x; that means out of 24 shots at 20 yards I only dropped 2 in the “8-ring” of the standard Bianchi target.  Sure, I could have run the target out to 10 yards and shot a 1-hole group in the center of the x-ring, but that’s not a realistic training drill.  That’s not hard and it doesn’t challenge my skills.  Trying to shoot x’s at 20+ yards under time pressure?  Now that’s good training.

That’s the point of practicing your weaknesses.  You shouldn’t over-train them for certain, as you’ll probably never need to do a weak-hand only reload on the clock, but if you’re weak in certain areas that can offer an obvious improvement, train those.  I’ve been shooting in practice at mostly 15 yards or greater; it’s had a tremendous impact on my ability to get fast hits at close range.  Being able to hit a low probability target like a 4 inch x-ring on command at 20 yards makes whacking an 8 inch down zero zone at 5 yards seem very straight forward.  At the 2009 Bianchi Cup, a veteran shooter said “IDPA and USPSA won’t make you better at this game…but this game [NRA Action Pistol] will make you better at everything”.  He wasn’t kidding!