there’s a fountain flowing…what are you looking at, don’t tell me you didn’t sing that song in Sunday school.

But that’s not the subject of today’s post – no, today we’re talking about sights.  Specifically, handgun sights.  Some companies put decent sights on their semi-automatic pistols.  The factory sights on S&W M&Ps, the Springfield XDM, and the FNH FNP and FNX pistols are generally decent. Even Taurus has pistols from the factory that come with Heinie or Novak sights. However, even the guns with better than fair factory sights can stand to have their sights upgraded; and some guns practically require it. Glock, for everything they do right with a pistol, probably has the most insultingly bad factory sights on the market. The front sight is huge and wide, the rear notch is narrow and shallow, and what that leads to is a sight that’s difficult to acquire at high speed, and difficult to use for shots past 15 yards or so on tight targets.

I blame revolvers for this – the defensive revolver’s gutter sight really is quite embarrassing as an aiming apparatus, and yet was the law enforcement standard for decades. When the world switched over to semi-auto pistols, did anyone say “hey, let’s widen up that rear notch a bit and let some more light around that front post”. No, but they did put two distracting white dots on the rear post! Factory sights on revolvers haven’t really improved. Another guilty party of the too-fat front sight coupled with a too narrow rear sight is Smith & Wesson’s entire line of adjustable sighted revolvers. While they’re excellent for target shooting, the factory sights aren’t really that great for high-speed sight acquisition, which is why this guy replaces them with a Bowen rear sight. My IDPA gun also wears a Bowen rear, which is deeper and wider (hence the title) than the standard S&W notch. I’ve even discussed revolver rear sights in the past, but haven’t spent time on what makes a sight good or not, in my opinion.

The secret is light. 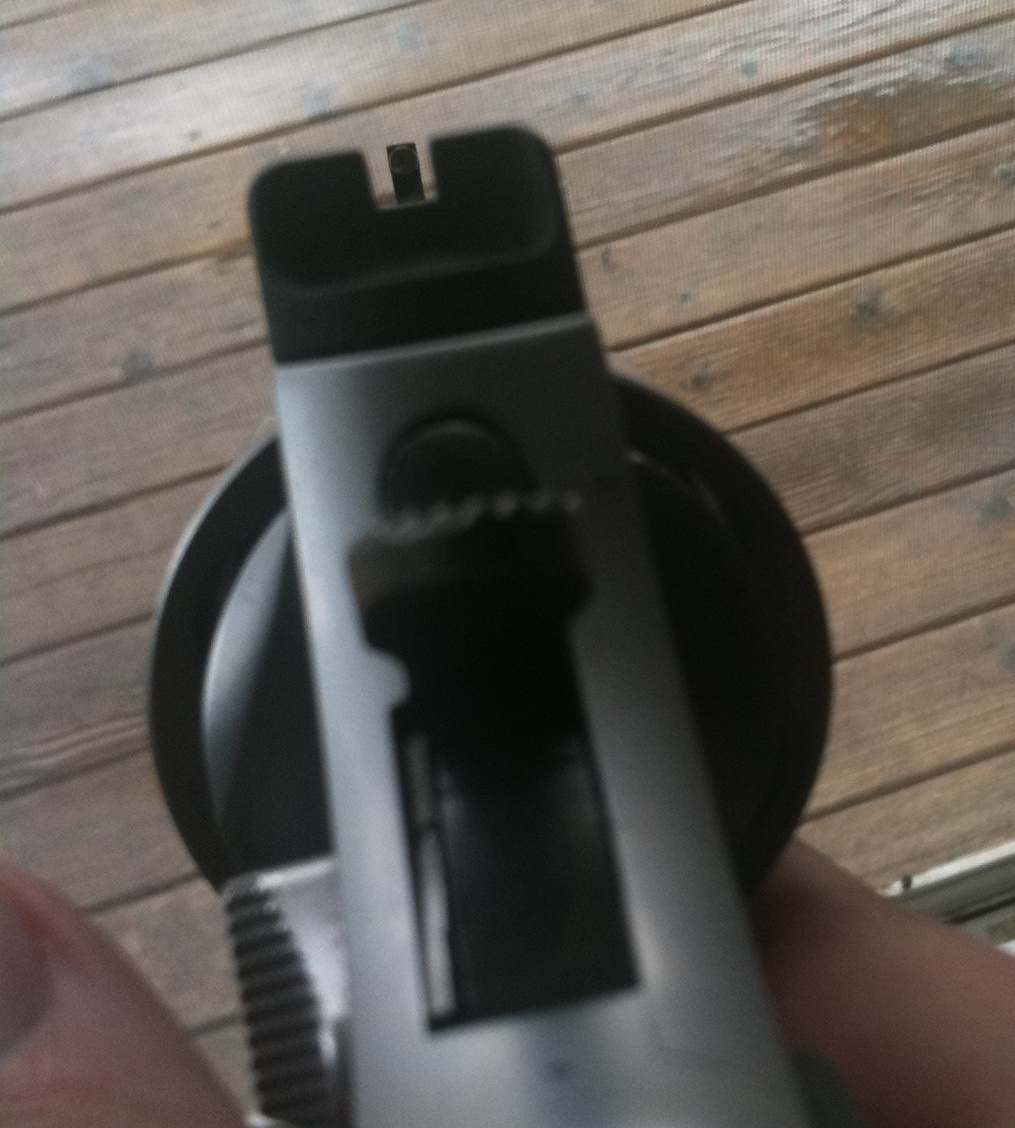 Quality aftermarket sights are one of the things I recommend everyone buy for their firearms.  I’m just not a fan of most factory pistol sights, because even the best factory sights such as the ones on the M&P line of pistols can be improved by switching them to Warren Tactical sights.  Your sights are what allow you to hit the target quickly in a defensive situation – perhaps one of the most critical components of a defensive firearm are the sights, so why would you settle for less?  Like Brian Enos said – “Yes it’s the Indian and not the arrow, but who wants a crappy bow?”