It’s not often that simply picking up a gun impresses me, however I had the chance the other night to play a little bit with an HK P30L. 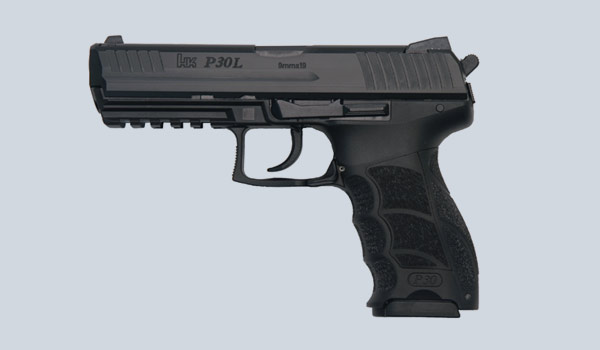 That of course is the “long slide” version of the HK P30 (long being relative, as it’s only a 4.5 inch barrel on the L).  I’ve been told this is the most ergonomic 9mm on earth, and now I get it. I have never picked up a gun off the table, set it in my hand and said “hey, that’s perfect”.  Small enough that I was able to reach the DA trigger with ease, large enough to give my hand plenty of gun to hold on to, I mean really I hate to sound like an HK fanboy here but my goodness.

I haven’t been provided with any kind of promotional compensation for this; but it’s rare that I have a visceral reaction to a firearm and I felt as though that was something to be shared with my fellow gun nuts.  The only thing I’m not a huge fan of on the P30 is the paddle style mag release, however as I’ve often said on other things, that’s a training issue, not a gun issue.

Will the HK P30L become my Bianchi Cup Production gun?  Will I forsake ESP and Single Stack for Production and SSP?  I don’t know, but I do know that I’m definitely going to get more rounds through one of these, and soon.