When did Kahr start making fullsize, all steel single stack pistols in .40 S&W and 9mm?  This is completely unreasonable, but I kind of want one of these. 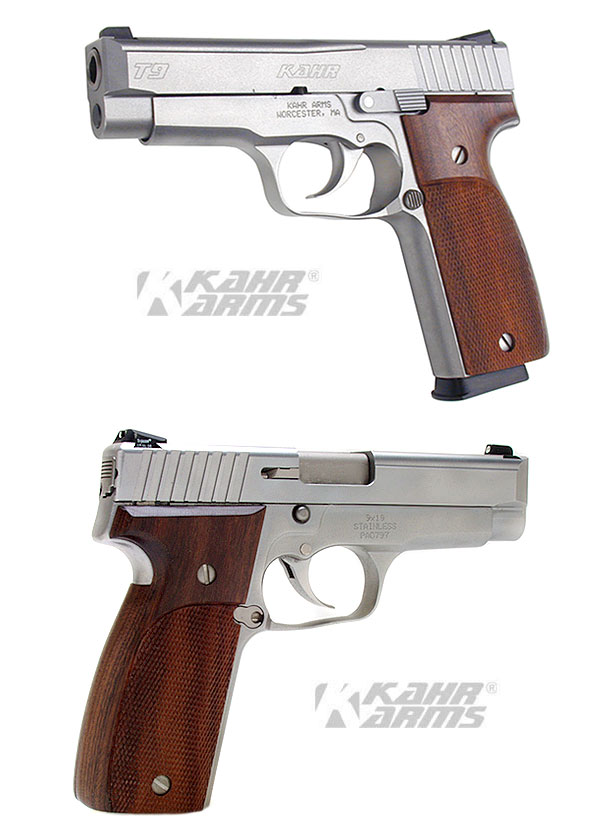 Like I said, it’s not a reasonable desire on my part, because a heavy pistol with low capacity and a striker fired trigger really doesn’t fit any particular carry or competition niche that I have, but that doesn’t stop my brain from going “huuurrrgggg waaaannt”.

Of course, I like single stack guns.  I’ve been wanting a single stack 1911 in .40, but those run north of $1200 for good a good specimen.  The T40 and T9 run right around $700-800 street price, which beats an equivalently made 1911 in that same category.  Plus, no one I know actually competes with a Kahr, so I’d get to be an pretty, individual snowflake of uniqueness.  Or something.

In all seriousness though, this looks like a cool idea, and I’m appalled that I’ve gone for several years without direct knowledge of these guns.  If Kahr made a 10 round extended magazine for the T40, I’d buy 2 and shoot them in USPSA Limited-10.  They also make a 7 shot polymer .45 ACP, which would actually be pretty cool for IDPA.  Because of IDPA’s weird reload rules, a 7 shot magazine generally allows you to be at slide lock for most of your reloads which can be a definite advantage in that particular game.  The thing that hurts the T9 and T40 is their ammo capacity – the T9 is only an 8 round gun and the T40 is a 7 shooter.

Apparently these guns have been around since 2004, and I’ve just completely missed the boat on them.  That’s sad!