Last week we looked at Silly 3-gun rigs, now I want to show you a serious 3 gun set up for shooting Outlaw Heavy Metal or USPSA Heavy Metal Limited division.  The rules for this division are pretty straightforward – you need a .308 caliber rifle, a 12 gauge pump action shotgun, and a .45 ACP handgun.  Say you’re on a budget and you want to get this done with as little mucking around with aftermarket parts as possible, you can get this rig and get it at a good cost.  Let’s start with your rifle.

why yes, it is a hunting rifle.  It’s also interestingly enough basically ready to go out of the box for 3-gun competition.  The only thing you need to do is add a muzzle brake to the front of it, and you’re ready to rock for 3-gun Heavy Metal.  Yes, there are things you could add to the gun to make it “better” for 3-gun, but for right out of the box it’s pretty good to go.  Plus, you also now have a great gun for hunting bambi/feral pigs/whatever.

Shotgun – Benelli Nova Tactical pump.  Sure, from the factory its 4+1 round capacity is less than ideal, but for less than $400 at retail its hard to beat that price.  Especially since you can get a Nordic components magazine extension and bring that capacity up to a more competitive number pretty easily.  Plus, the Nova eats up felt recoil very well for a pump 12, so you won’t be hating life after a day of shooting.  An alternative would be a Mossberg 500 fitted with a Blackhawk Knoxx stock.

Now, for the handgun I’m giving you two options – USPSA stipulates that your handgun must conform to Single Stack rules, so you have to have a 1911.  For outlaw, you can have any .45 ACP handgun.  Here’s the 1911 I’d pick to get you running right away on a budget – 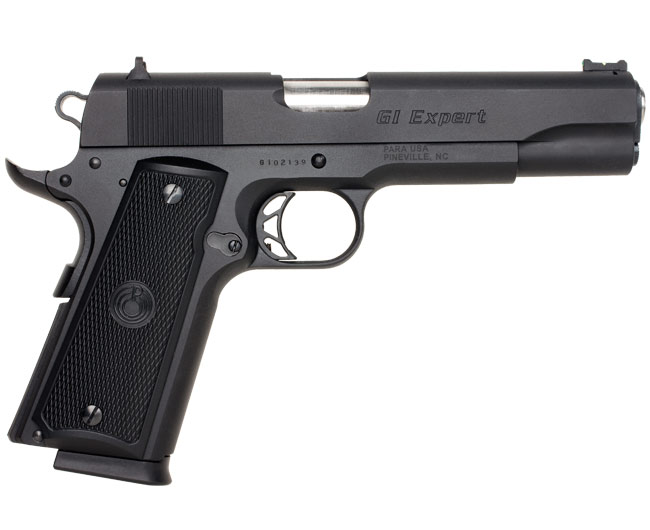 But say you don’t want a 1911 and you’re not going to compete in USPSA Heavy Metal Limited division, so you’re just looking for a .45 ACP.  No problem, because the market offers a TON of .45 ACP pistols that are ready to go for 3-gun out of the box.  I mean, I could just run a list of guns I’d recommend, and at the top of that list would be the S&W M&P .45 or the Glock 21SF.  Get either one of those and you won’t go wrong.

There is more to 3-gun than Heavy Metal division of course – and this is by no means a high speed-low drag super rig.  What it does represent though is a way to get in to the game with guns that you might already have around the house for other things – hunting, home defense, and concealed carry.