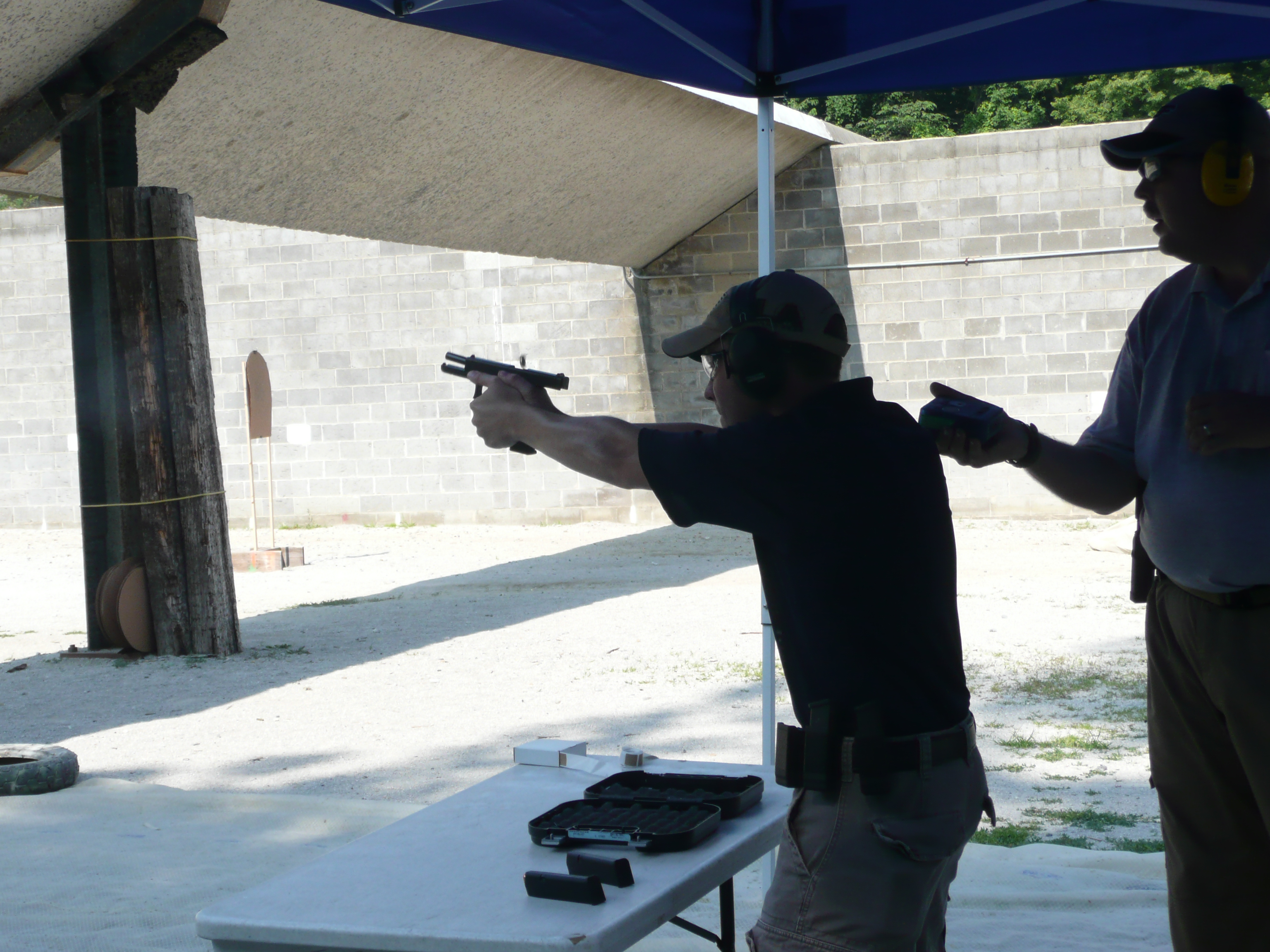 My buddy Kyle snagged this picture of me running the Gen4 Glock at the recent GSSF match.  Slide’s opened up, brass is just leaving the gun, and it’s interesting to see just how much muzzle rise there is on the 9mm pistol.

One of the most interesting experiments I was ever part of was two years ago at the Gun Blogger Shoot at (then) Blackwater USA with Todd Jarrett, sponsored by Crimson Trace and ParaUSA.  All of the guns we were shooting were equipped with Crimson Trace laser grips, and on the day we shot indoors Todd did a demonstration that kind of put the whole “recoil” thing in perspective.  With the lasers switched on, he shot the 9mm, and then shot the .45 ACP.  The students tracked the laser’s rise on the berm to see how high it got, and much to our surprise the 9mm laser had almost as much travel as the dot from the laser on the .45 ACP.

Now, I’m not saying that a .45 has the same felt recoil as a 9mm, because we know it doesn’t.  But what that did for me was create perspective on controlling recoil.  Muzzle flip is going to happen, unless you’re shooting a .22 with a ridiculously effective compensator on it.  Remembering that, and gripping the gun 20% harder will help you control that muzzle flip and bring the gun back on target for fast follow up shots.  Also, doing pull-ups helps as well.