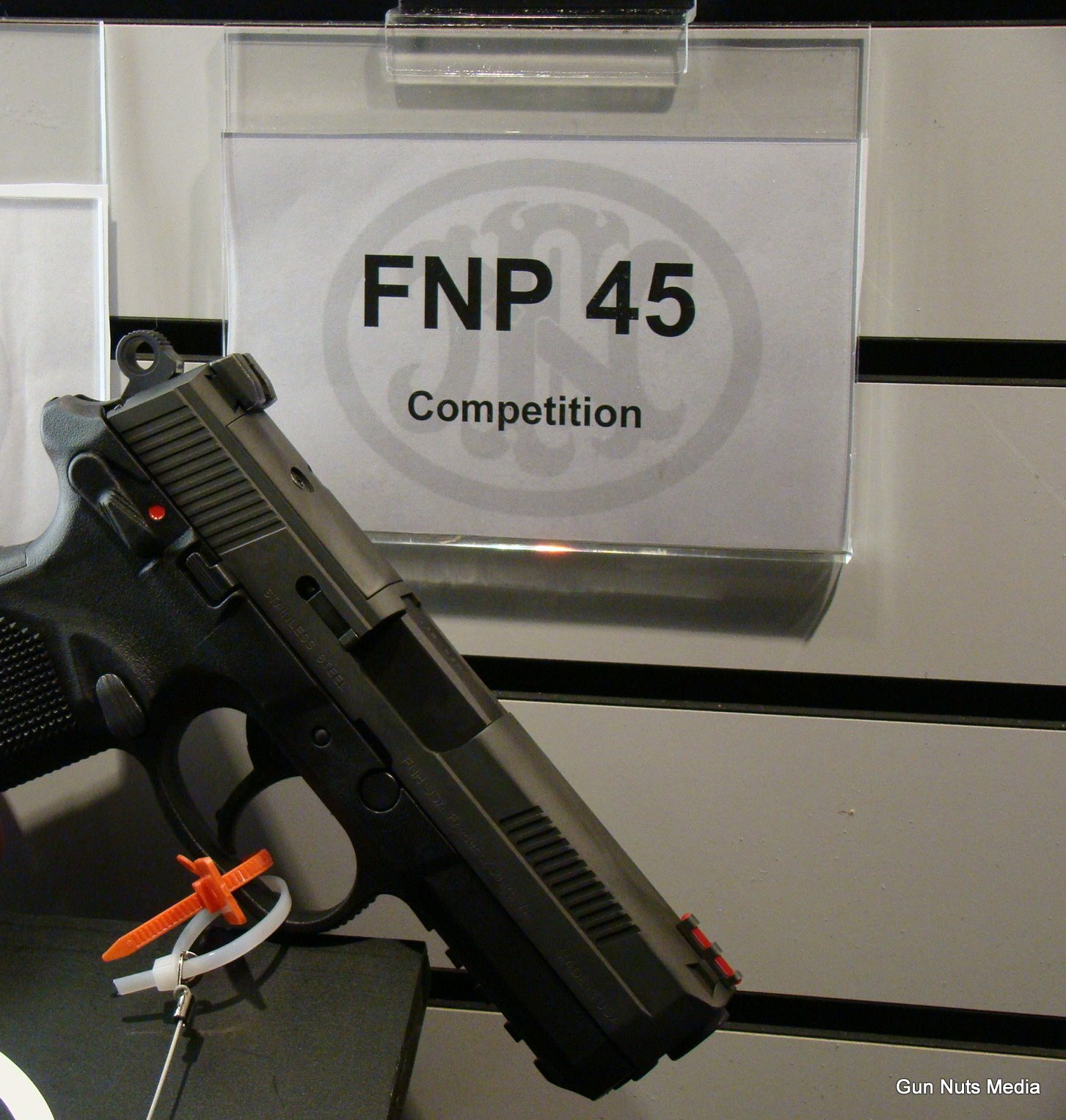 The FNP series has rapidly become a hit with the concealed carry and defensive pistol market, as a reliable and accurate pistol with a good price point is automatically going to be popular.

However, the FNP series hadn’t gained a major foothold in the competition shooting market, but all that appears to be on the road to changing with the introduction of the FNP-45 Competition.

In recent years, FNH-USA has put an increased focus on the competition shooting market, especially in the 3-gun segment of competitive shooting.  In addition to being a major sponsor of 3-Gun Nation, FNH-USA also sponsors a competitive shooting team headlined by Tasha Hanish.  One of the neat things about FNH is that you can literally buy every gun that you’d need to shoot a 3-gun match from them, whether you’re shooting the Tactical Iron Division or my personal favorite division, Heavy Metal.

For Heavy Metal shooters in Outlaw 3-gun (aka all non-USPSA 3-gun) you need a .45 ACP pistol, and the new FNP-45 Competition can definitely fill that niche.  Additionally, if you’re a Limited-10 or CDP shooter in USPSA or IDPA, this could definitely be a gun for you.  Like the original FNP-45 series guns, the FNP-45 Competition will have either a 10 or 14 round magazine and come standard in double action/single action.  Like the standard pistols it will be selectable SA as well – the decocker also acts as a safety allowing the gun to be carried “cocked and locked”.  According to the FNH-USA rep at the booth at the NRA Annual Meetings, the FNP-45 Competition will have a “tuned” trigger from the factory, and I will say that the DA trigger on the display model was pretty good – on par with a good tuned DA revolver trigger.  With a standard fiber optic sight for fast acquisition and a cavernous magwell for fast reloads, could this be your next IDPA gun for Custom Defensive Pistol?  The only downside to the FNP-45 pistol is that the grip is pretty large – I have never had a problem reaching the trigger on a Beretta 92FS (aka Beretta M9) and the DA trigger on the FNP-45 felt kind of far away.  Like many other guns though, we’ll have to see how it shoots!

FNH USA provided me no promotional consideration for this article.