One of the big benefits to going to the NRA Annual meetings is that you get to see and interact with people that you only otherwise see a couple of times each year, or in some cases meet people that you’ve only talked to online.  And then, you also get to talk to the all-stars of the shooting sports.  I already posted the picture of me being dwarfed by Rob Leatham, however I got to meet a lot of other great people as well. 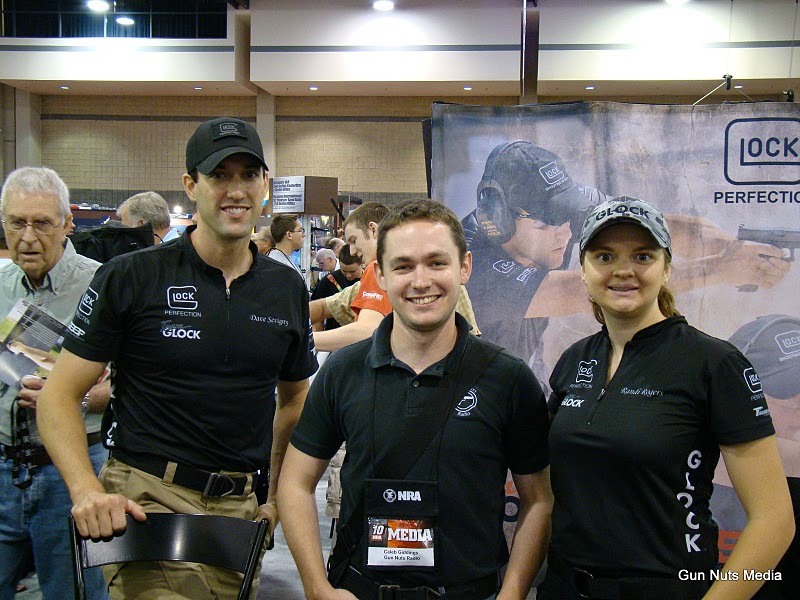 Probably one of my favorites, here I’m with Dave Sevigny and Randi Rogers from Team Glock.  They’ll be appearing on the next episode of Gun Nuts Radio, which airs live on May 25th – during Bianchi Cup!  They’ll be talking about defending their Production division titles at that match, so don’t miss that show.

I also got to meet Angus Hobdell of CZ – I’d never met Angus before, but you can be sure that we’re going to get him on the show for an upcoming episode.  In addition to being a champion shooter, 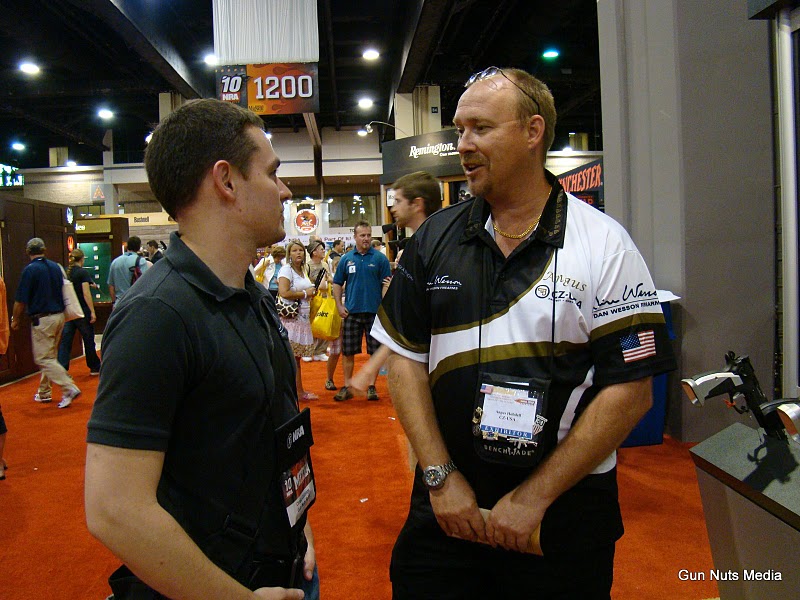 Angus is a true collector and lover of firearms, and has some great stories about acquisitions that he has made over the years.

Some people that I didn’t get to get photos with, I finally met Adam Ballard from DPMS who has been great in working with me to get a rifle for the upcoming Gun Nuts/HAVA Charity auction, I met Tom Taylor of Mossberg (more on that later), and generally just had a great time. 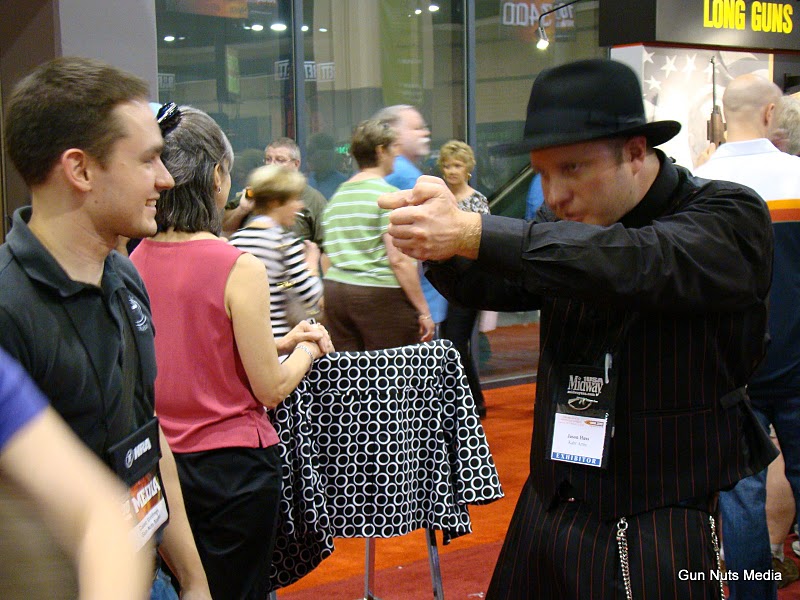 Another fun conversation was getting to finally meet face to face Jason Huss, one of the founding fathers of the Zoot Shooters.  Jason was at the Kahr/Auto Ordnance booth helping promote Zoot Shooting and talking about the racks upon racks of Thompson clones that they have available, from a 13 pound rifle with a 100 round drum to a more “legit” SBR version.

Also on the floor were Max Michel of Team Sig, who was demonstrating shooting techniques and tips to an eager crowd (imagine going to a golf convention and Tiger Woods is helping you with your swing) 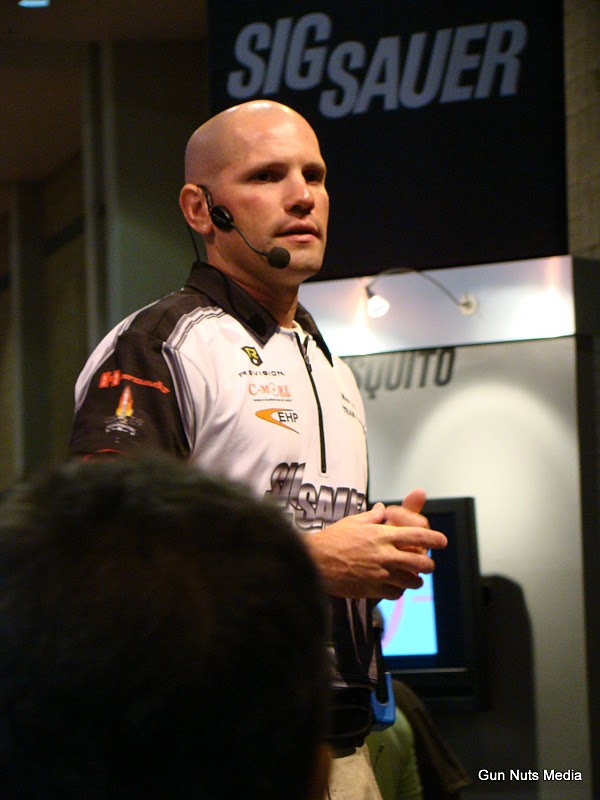 , Todd Jarrett (I didn’t any decent pictures of Todd), and of course back at the Glock booth the Gunny was holding court with his loyal fans who formed a line that stretched around Glock’s booth.

And that’s just on the show floor, Chuck Norris, Sarah Palin, Glenn Beck, along with many other celebrity and media types were at the show meeting people, giving speeches, signing books, and generally just being awesome.

If you’re an NRA Member, you absolutely need to get to the show at least once.  It’s a great experience, and something that’s not to be missed.  The 2011 show is going to be held in Pittsburgh, and 2012 will be in St. Louis.  There is also a rumor (just a rumor right now) that NRA will be bringing the Annual Meetings to my city of Indianapolis!