Lots of pictures taken today, many of which will get posts of their own.  Here are some good ones that maybe don’t get their own post  but are fun nonetheless. 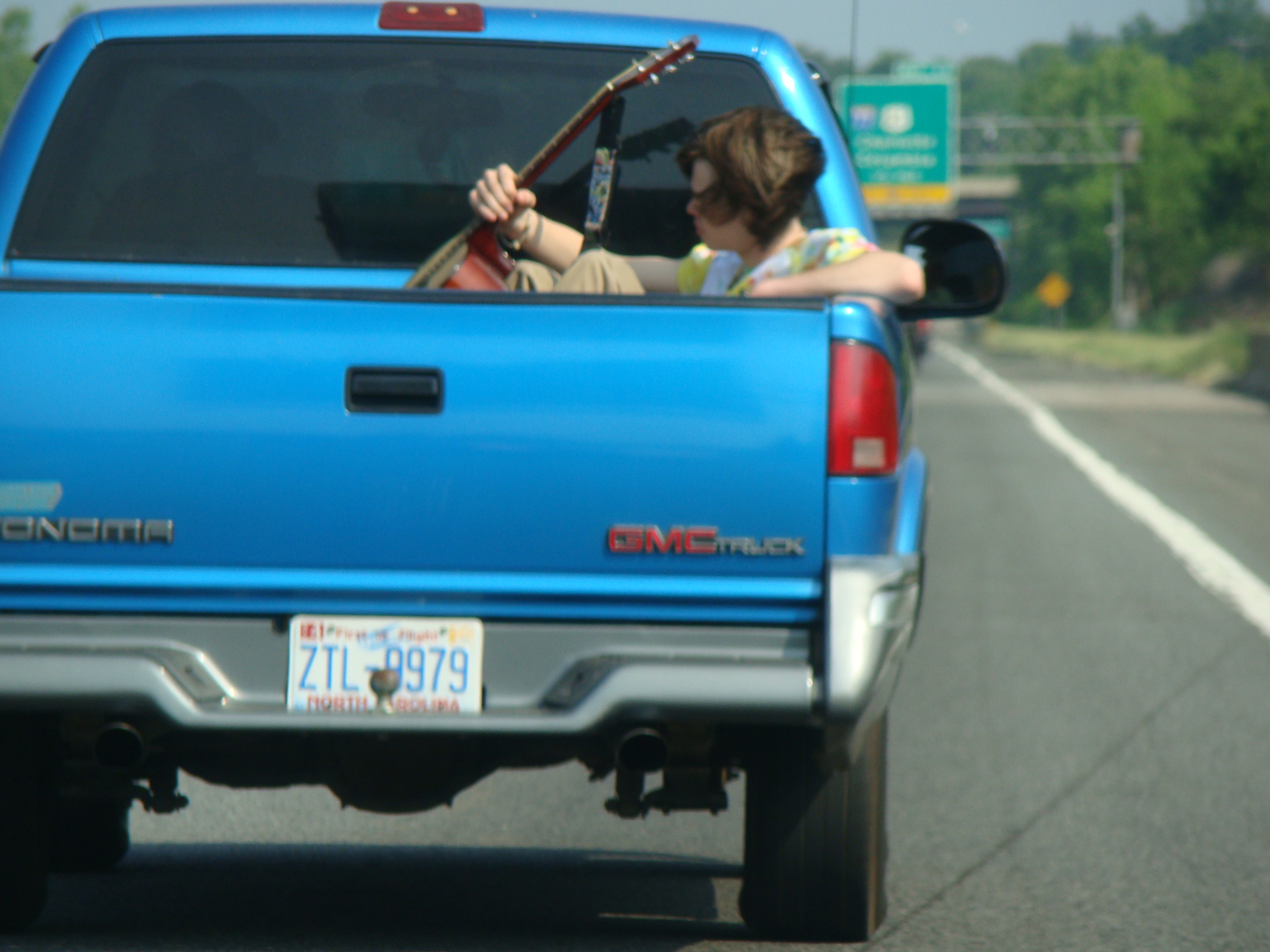 We saw this on the road to the convention center this morning.  I honestly have no idea what to make of it, but I would love to hear the story about how that kid ended up in the back of that pickup truck, on the FREEWAY with that guitar.  Although I’d imagine that my imagination is probably better than the actual story behind the photo. 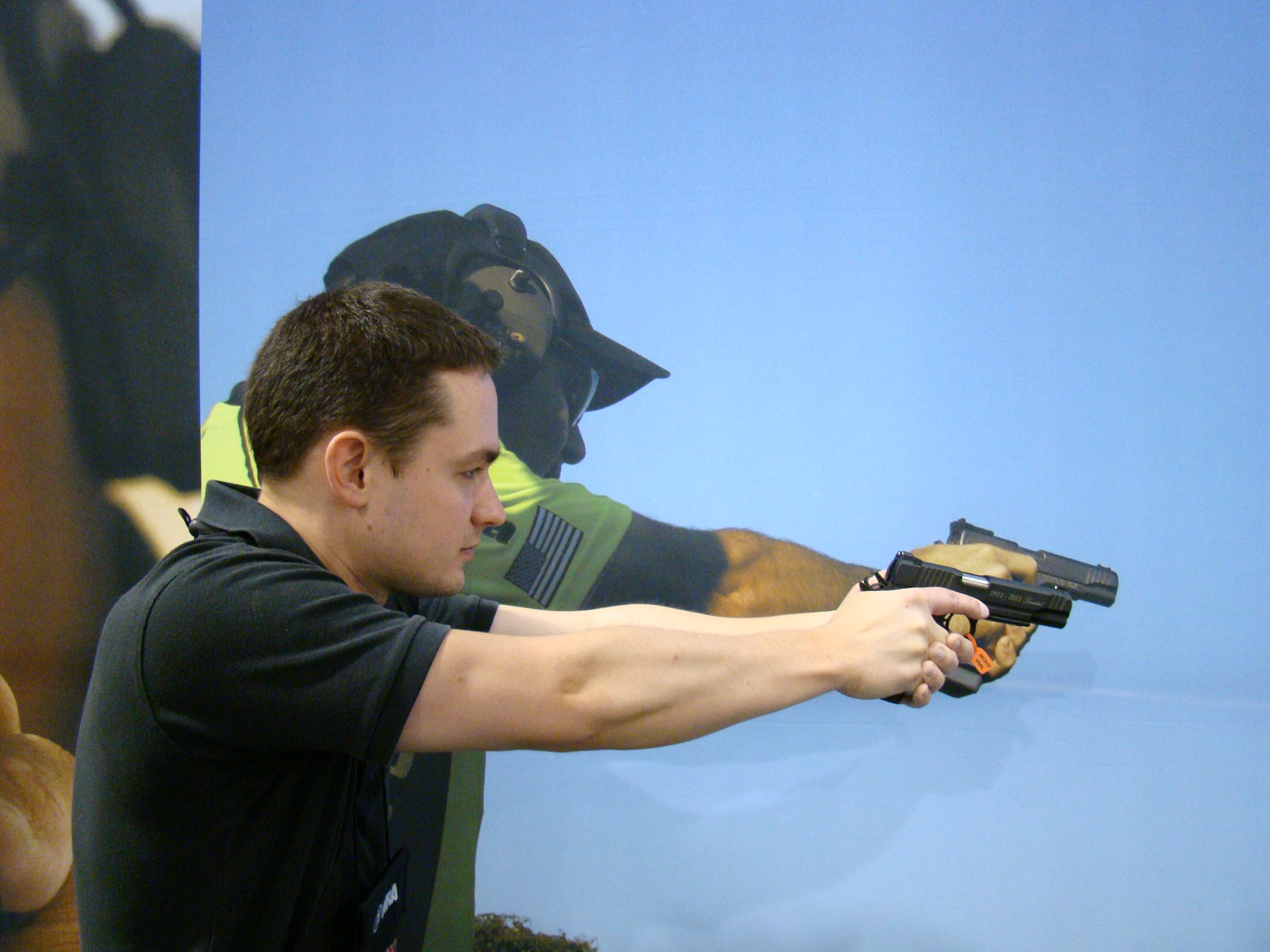 They say that imitation is the most sincere form of flattery, right?  The background for this picture, taken at ParaUSA’s booth was just too good to pass up.  The gun I’ve got is one half of Para’s 2-gun “1911-2011” Centennial series, which will actually get it’s own post later on.

Probably the funniest picture though was the one with Rob Leatham…for obvious reasons. 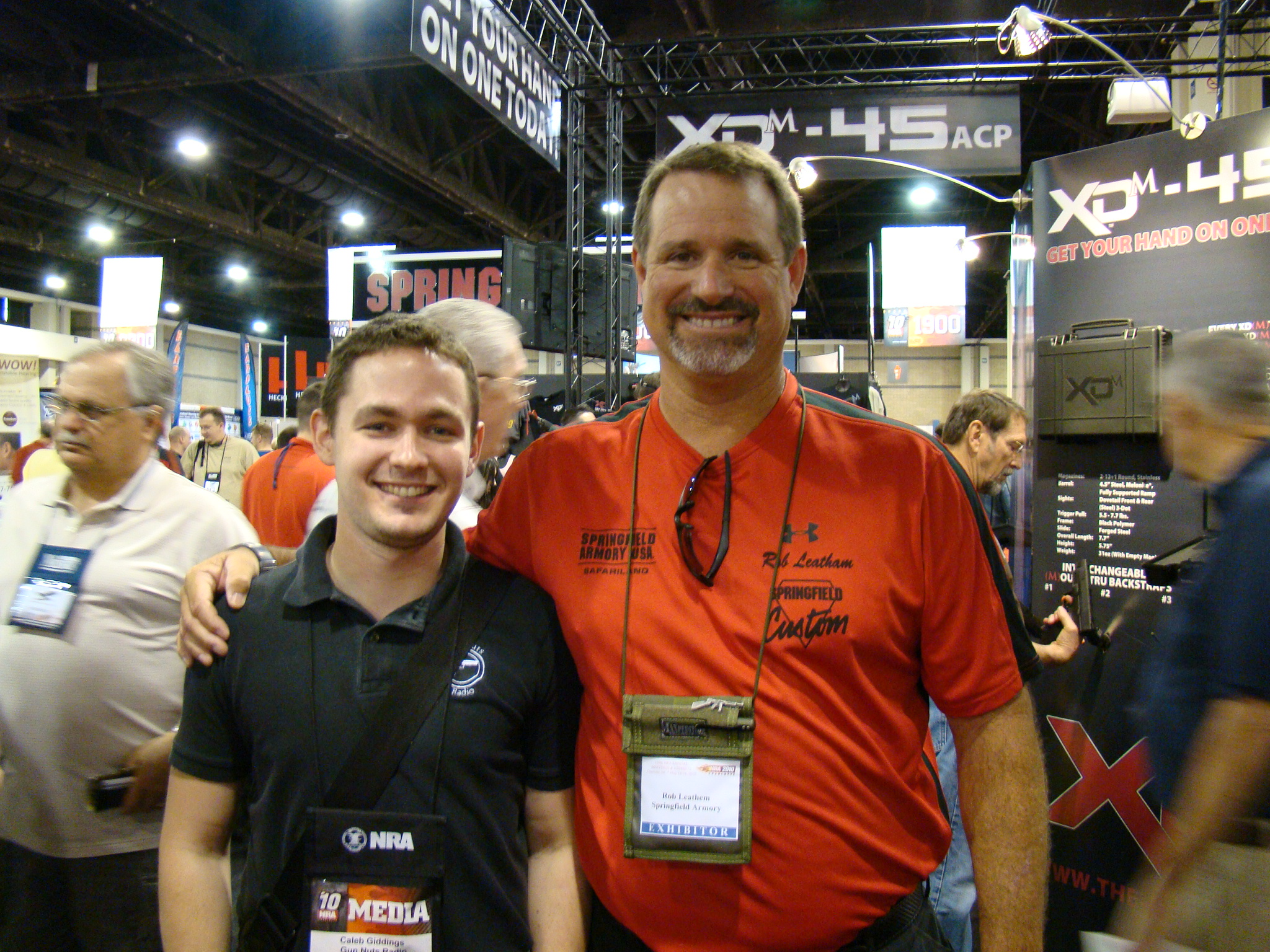 He is much,  much taller than I am.

All in all though I had a good day at the show.  I managed to jam almost two days worth of work in to a single day, and got a lot of great pictures and made some excellent contacts.

In fact, we’re going to have a huge announcement forthcoming about the HAVA Charity Auction in the next couple of weeks – a lot of good things are happening on that front, and it’s going to be bigger and better than I thought!

Also, I have to give mad props to Danielle from NRA (who blogs at the awesome NRA Blog) – she was great fun to talk to as always!