Rob Russell, a Democrat candidate for the House of Representatives from Tennessee in 2008 (who lost, btw) seems to think it’s okay to threaten physical violence against people.  Quoth said Democrat:

Send me your home address and I’ll come to your house and punch your f***ing face in. Unless you are a pussy who can’t fight without a gun in his hand.

Update: I crack myself up: 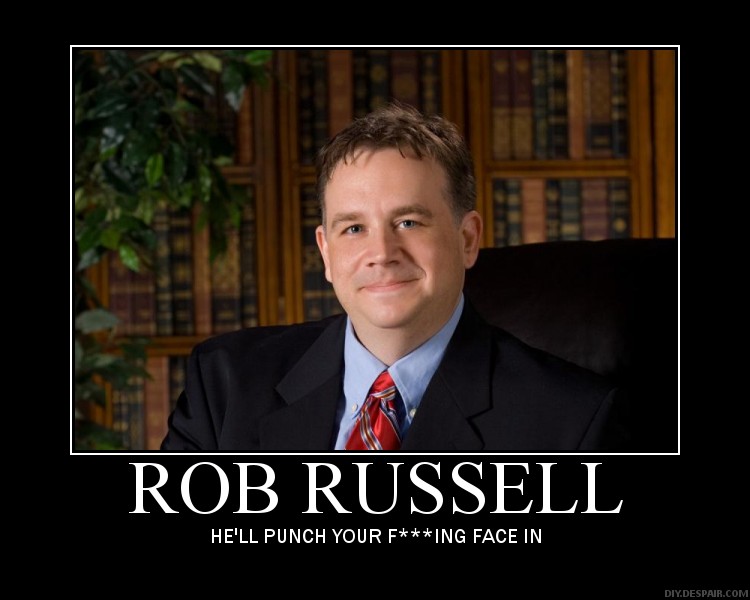