I tell you, you learn something new every day.  I was in Goose Hill the other day killing time, and I saw a Bersa Thunder Pro 9mm which prompted an immediate “huh?” from me.  I knew Bersa made a full sized 9mm and .40, but I didn’t know they had come out with a new and improved version.  Now, I’m generally a fan of Bersa pistols for they are – cost effective carry guns that tend to actually go bang when you press the trigger.  My first carry gun was a Bersa Thunder .380, which I had for years until I sold it in a fit of gunspaz.  Breda carries a Bersa, and Tam also thinks that they don’t suck.  High praise indeed.

One thing I never thought of the Bersa as though was a competition gun.  That lasted until today, when I typed “Bersa Thunder Pro 9mm” into the googlebot, and was rewarded with this YouTube video of Team Bersa’s Daniel Zoppi whacking an IPSC stage in Argentina with a Bersa Thunder 9mm.

Apparently, the Thunder Pro comes with a reinforced firing pin, which ameliorates one of the problems of the standard Thunder series guns, which was the firing pin breaking during dry fire practice. Priced right around $400 bucks, it would make a pretty great entry level gun for IPSC/IDPA competition in SSP or Production Division. I have a deep and abiding love affair for guns that do two things: 1) run, 2) are priced right. Assuming this Bersa runs like my old .380 did, then for the price you’re not going to go wrong. 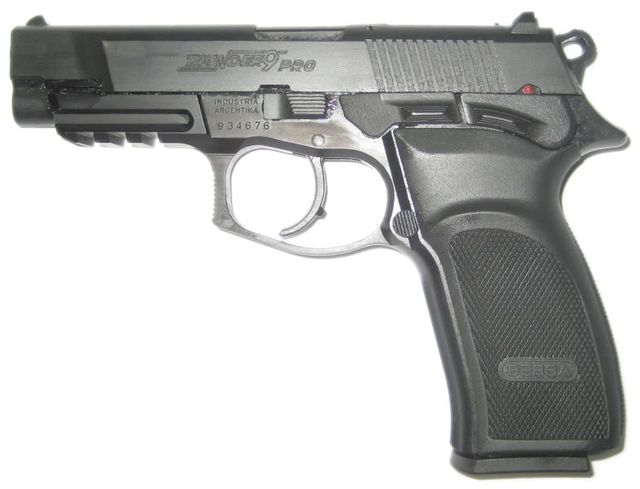