As you can see, I’m playing with the mobile upload functionality on the WordPress app right now. That’s my beloved Jetfire in the picture, sitting on top of a box of Winchester SuperClean NT ammo in .40 SW. The ammo came last night, but in my excitment over the iPhone I failed to check the front porch to see if it had arrived yet. The rounds from Winchester are non-toxic and lead free, but their main appeal to me is that it’s a 140 grain bullet at about 1100 fps, which means it will shoot very soft, and still hold a relatively flat trajectory out to 50 yards. Hopefully I will be able to test them out in the 646 this weekend to make sure they run well with the Rimz polymer moonclips I have for the gun.

I have had the misfortune of discovering that the factory moonclips for the 646 can be at best described as “wretched”, due to their inability to hold the rounds as stable as .45 ACP clips do. With the factory .40 clips, there is a lot of wobble in the rounds with several different brands of ammo, which slows reloading significantly. That has put me in search of an aftermarket solution to my problem, which lead me to the Rimz moonclips after reading a favorable review of the 646 clips at The Firing Line. Normally, a review from TFL wouldn’t mean diddly, but this one was written by Tam, who might know a thing or two about SW revolvers. 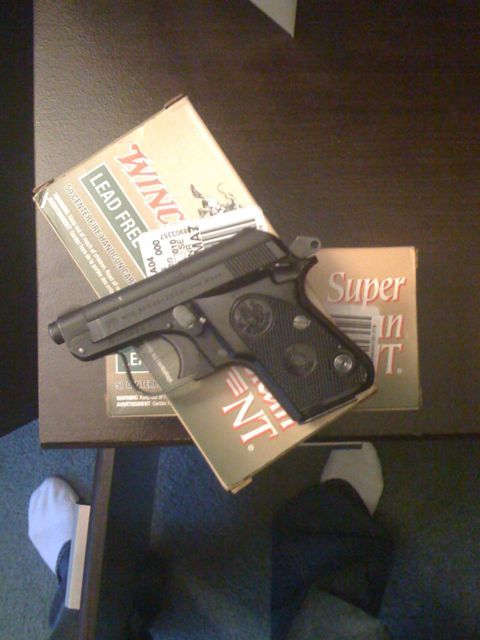